Melnik pyramids are the most famous earth pyramids. They are scattered in groups in an extensive valley area at the southwest foot of the Pirin Mountains.

Especially impressive among them are the four pyramids near the village of Karlanovo. They rise like giant obelisks, over 100 m high. Their sandy slopes are bare, steep, almost vertical, and their inaccessible crowns, unbelievable, are overgrown with grasses and low shrubs.

The big rock block of the Wonderful Sponge, near the town of Melnik, as an umbrella has preserved the rock below. It clearly shows the varied composition of poorly bonded conglomerates – differently sized rounded rock fragments, fine gravel and sand.

The Melnik Pyramids have world fame and are among the most visited natural sites in Bulgaria. All of them are in a diffuse stage of formation and constantly change their appearance. Since 1960 the Melnik pyramids have been declared a natural landmark. 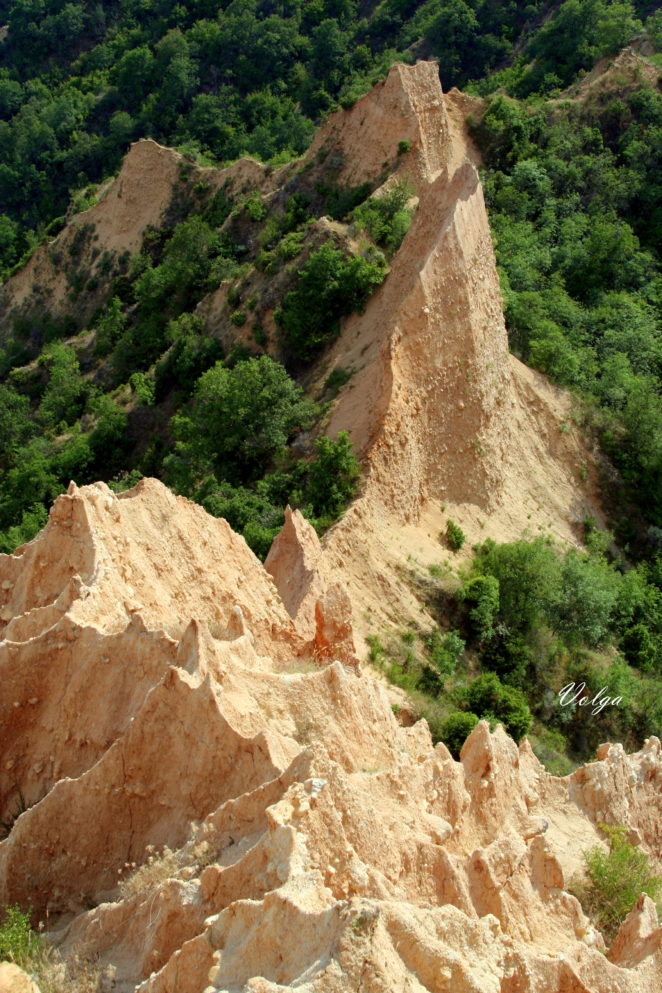 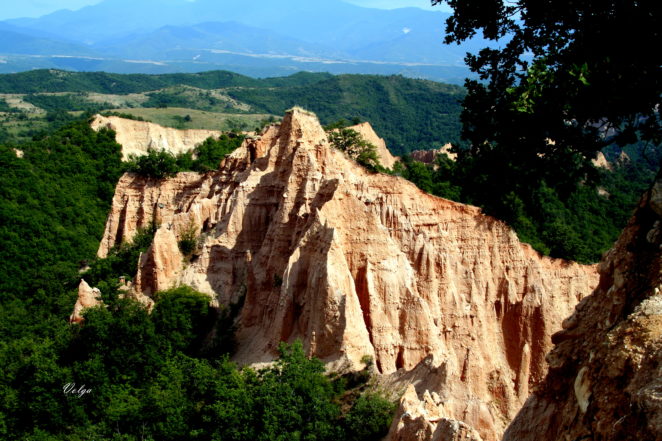