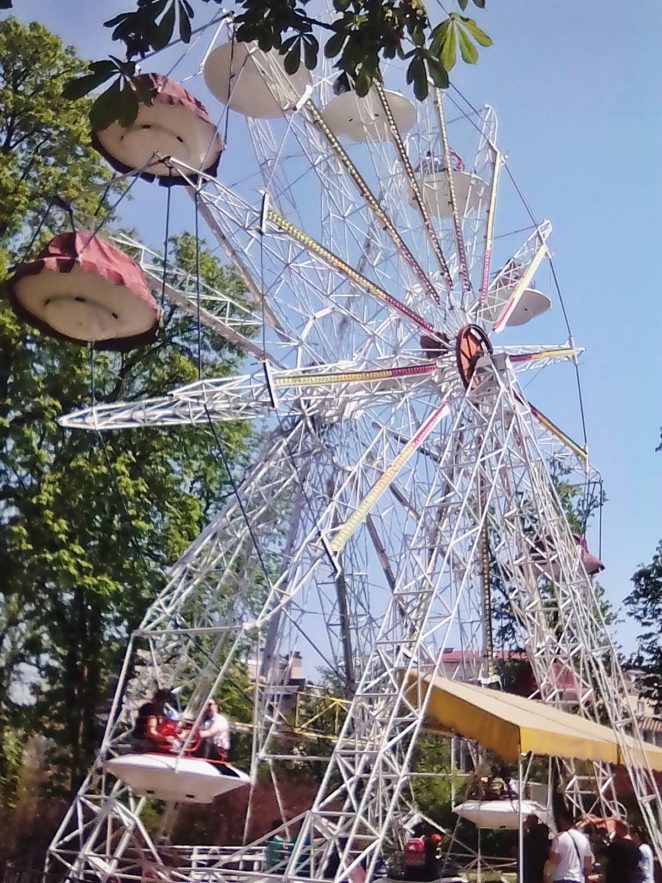 Yesterday I spent my business in Belgrade. Walking through the street of King Milan in a move of 200 meters I made a couple of photos that I want to share with you. The earlier street name was; street Marsala Tita. I think that a lot is known about the generations after the Second World War. Something about King Milan. His father was Miloš Obrenović Prince of Serbia and mother Elena Maria Katardži. He was the prince of Serbia and from 1982-1987 and the King of Serbia. He also took over Vienna in 1901 at the age of 46.

The first photo that will be below the text is the building we call the Belgrade building. It was built from 1969 to 1974. The architect was Branko Pešić. It is the first cloud-shaped building in Serbia and Yugoslavia.It is 101 meters high and has 24 floors with a view on the last floor.It was owned by a huge business space, and then the Romanians, Bulgarians and other neighbors came to the shopping area. Today, there is no pale shadow of what was in the marketplace in particular.

Not far from there, on the same side, at the very edge of the building, there was a student cultural hall. There was the avant-garde of free-minded young people of painters, poets, theater directors and the like. It was simply a cult of freedom in a socialist society that was not easy. 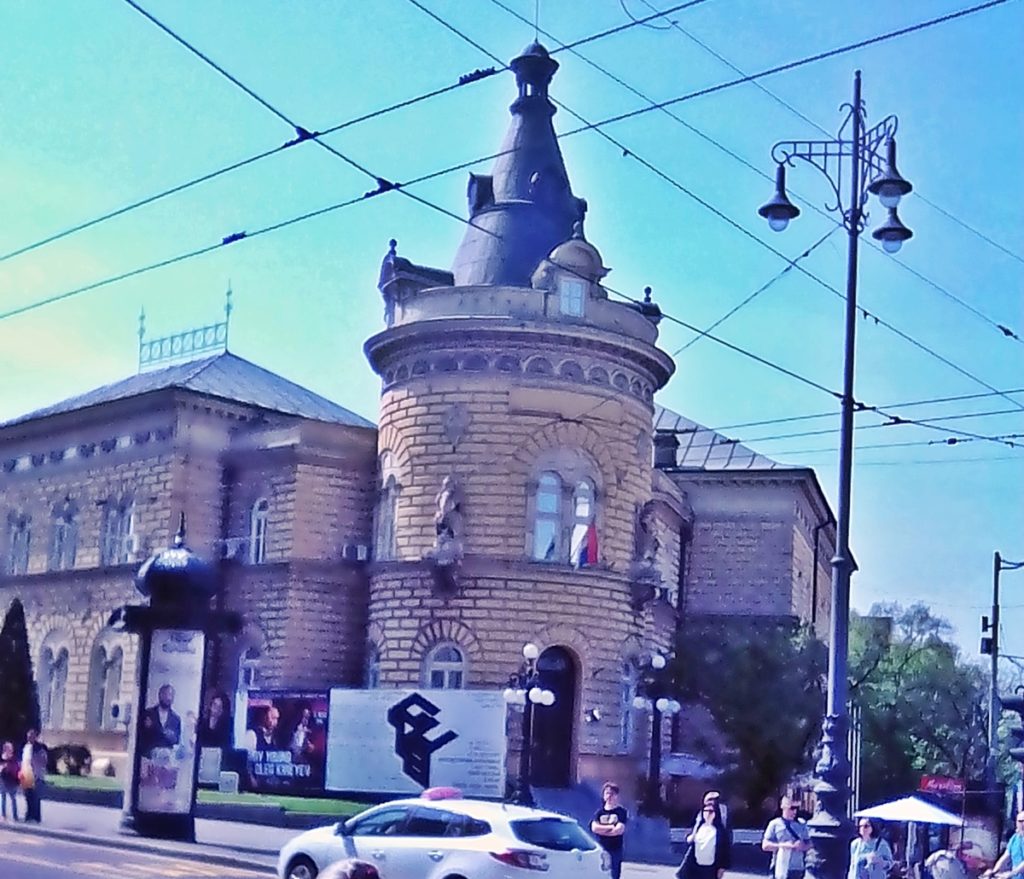 As soon as the Student Cultural Center passes to the newly renovated building of the Yugoslav Drama Theater, this year’s celebration celebrates 60 years from the beginning of its work. You will see the theater building itself and in front of the panel with its name. 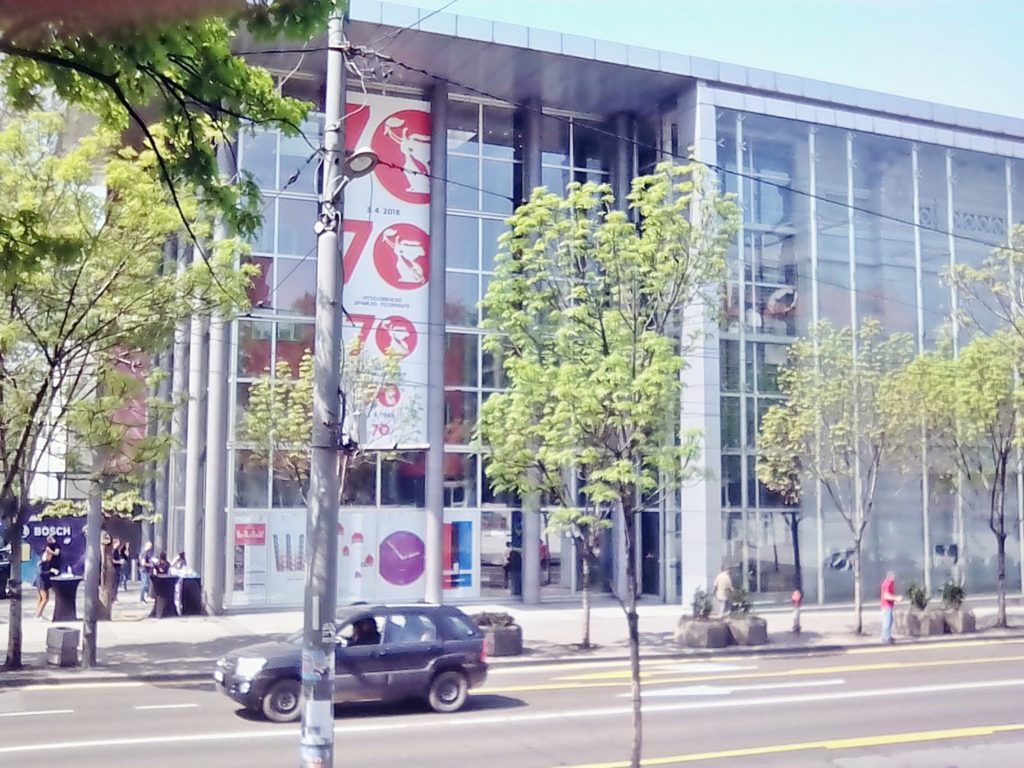 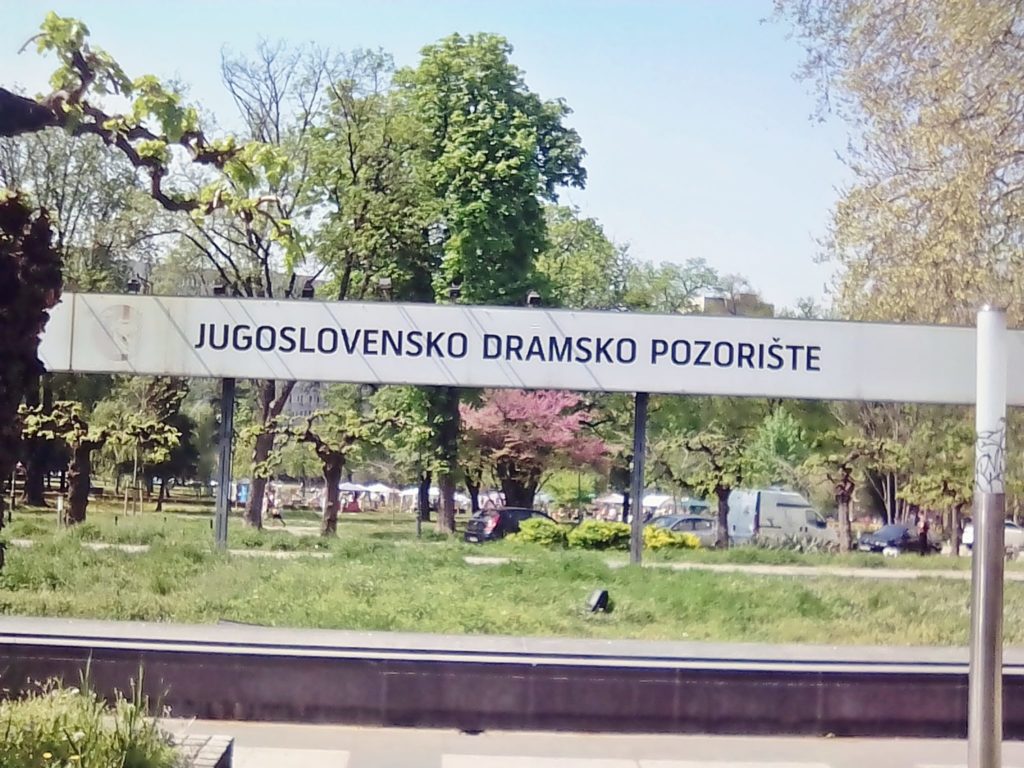 As seen below the billboard, the Yugoslav Drama Theater Park.On that day, the park was taken by merchants to expose and sell different goods. Of course, they had to pay a city tax fee for that sales service. In any case, the park looked colorful and tempting. 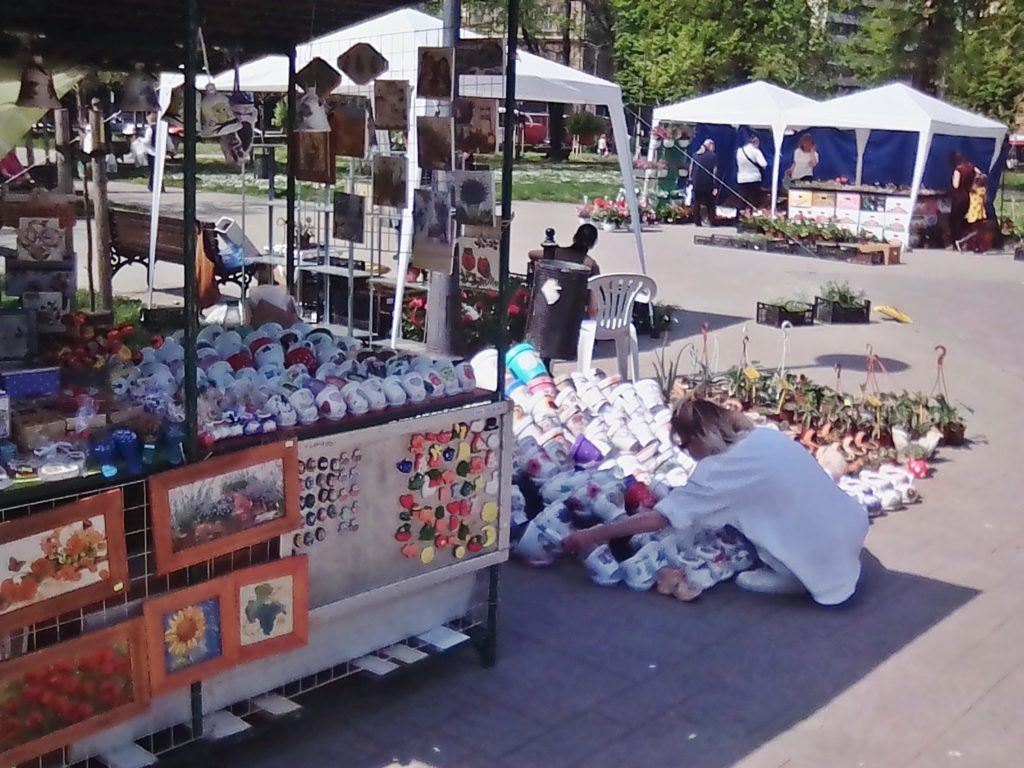 It is known that there is a chain of Hilton hotels in the world. In the past twenty years I spent the night in Buffet at the Hilton Hotel.This year Hilton hotel was built in Belgrade.It is located across the theater. We are progressing! 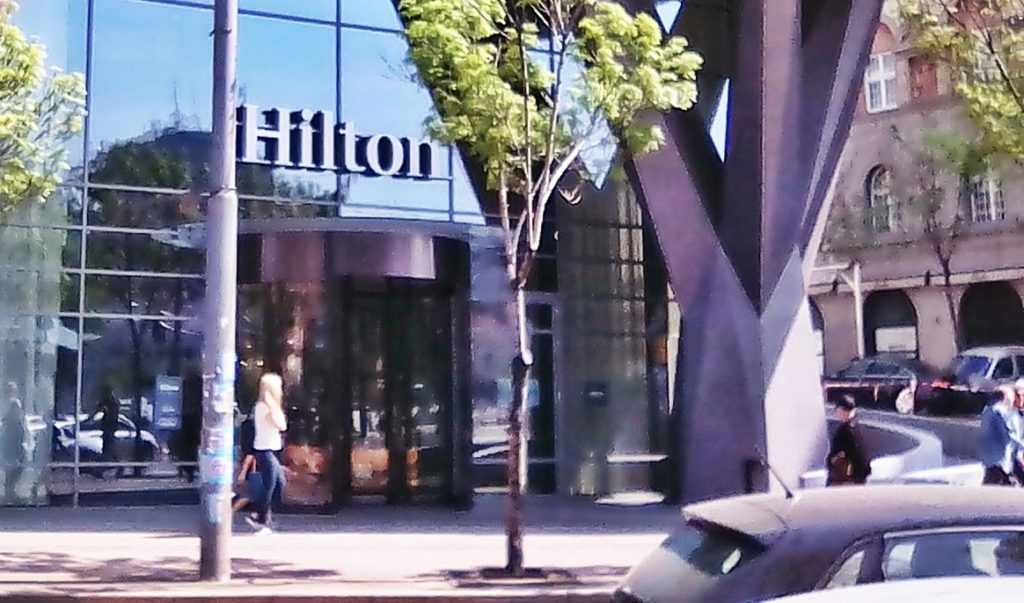 We continue on the street towards the square called Slavija and continue uphill to reach the Temple of the Holy St. Sava.Today, my journey ends on the Slavija square where the monument to Dimitrija Tucovica  was removed as a political worker and founder of the Serbian-Social Democratic Party.After a big controversy, there is a circular color in the night,  fountain playing melodies. Here is a little modernization and progress.Here my path stops like this short story. I hope it was interesting to you. 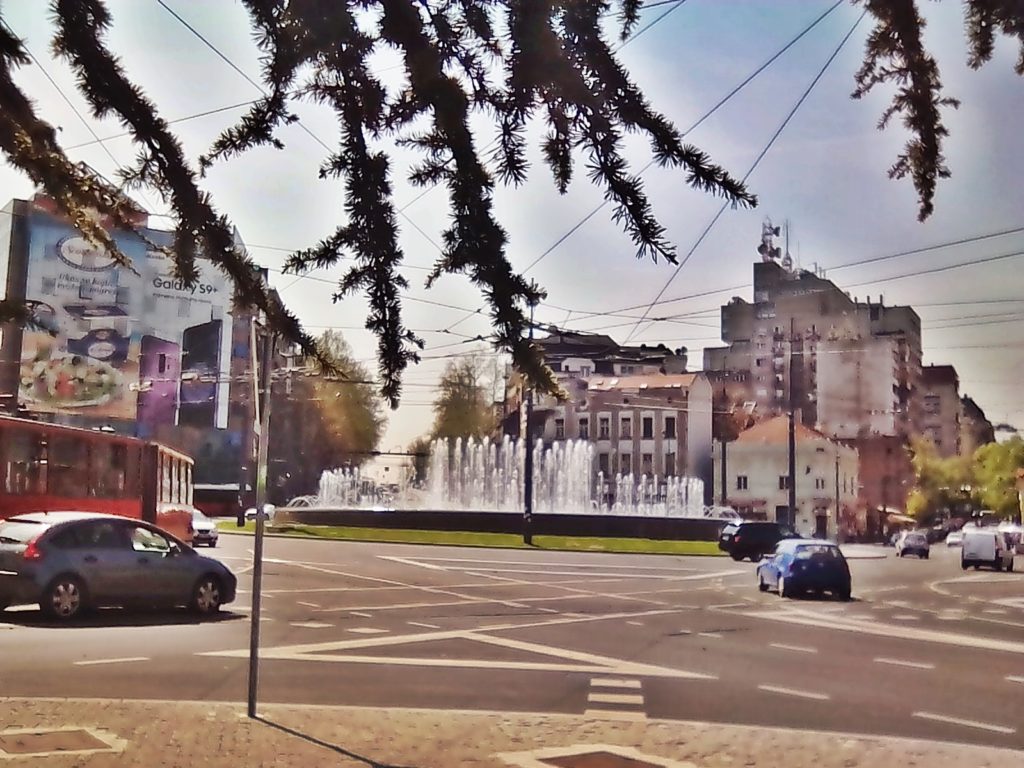