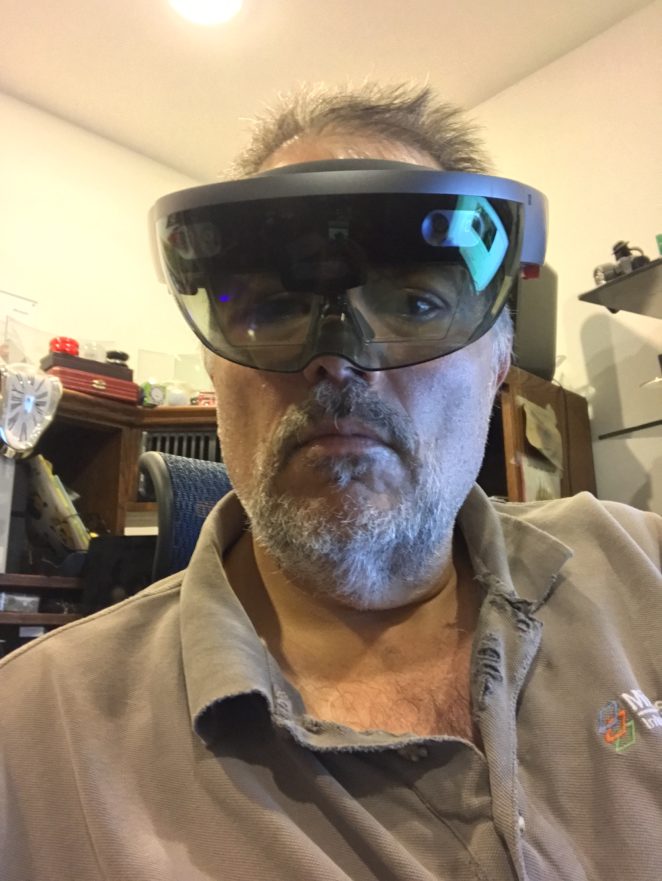 The virtual landscape of virtual reality is something that interests me. In part, because it is just over the horizon regarding general availability. I wonder, as an aside to this post, when you will get a VR mask in your cereal box as a prize. Much is made of the two distinct applications within VR, a virtual reality which represents a constructed reality and augmented reality that represents the real world with the addition of virtual components.

Oculus Rift, the Sony PlayStation VR headset as well as many others including the upcoming MSFT Windows based VR headset from Acer give you the cost of entry for a virtual experience. The amount of content available in the VR space continues to expand. The explosion of Pokemon Go shows the world is ready for Augment Reality content, searching for Pokemon throughout the world around you.

Over the next 12 months, I suspect we will see a shift. It won’t be as small as the shift from HD to 3d televisions were. That was one that was interesting but never really took off overall. The headsets that allow you to be a VR consumer are dropping in price every single quarter. You can start your VR journey for around 300 dollars, which is much less than the cost of entry remains for content creation.

The content creation puzzle has multiple pieces. The easy part is the creation of Augmented Reality scans. The program that you can get now, using your iPad and an attached scanner to create and scan your home. Then in an AR mode, you can quickly move the furniture in your house or apartment and see how things might look if you moved the couch. The structure sensor, and their new Canvas software package gives you that ability. However, as a content creation system, the Occipital Structure scanner just that system is around 350 dollars. That only gives you the ability to scan things into VR that already exist. Creating custom or unique content requires much more hardware and software. The Gravity Sketch package is another 199 dollars and doesn’t include the Wacom tablet you need to create customer software. Roughly to wander into a VR world, you’ve created you are looking at between 2500 to 3000 dollars all in. From 360 degree cameras, scanners and the PC to build and render the environment the cost of entry remains high.

All that said, consumption and creation devices are coming down in prices. Eventually, you will be able to leverage some other solutions to solve some the VR AR content problems. One thing that I think would be of value is the creation of mesh camera networks. You don’t need a single point 360-degree camera if you can use 3, 4 or even five fixed mount cameras and merge that video into a single video.

The picture I shared with this post is me wearing a HoloLens from Microsoft. I call it Holome. It isn’t a VR image or an AR image; it is simply me wearing a VR/AR device. In the future, I believe that the form factor originally introduced by the Google Glass will be more what comes next. With the ability to project information at will, I suspect will allow for smaller headsets.

Fun to think about what is possible…