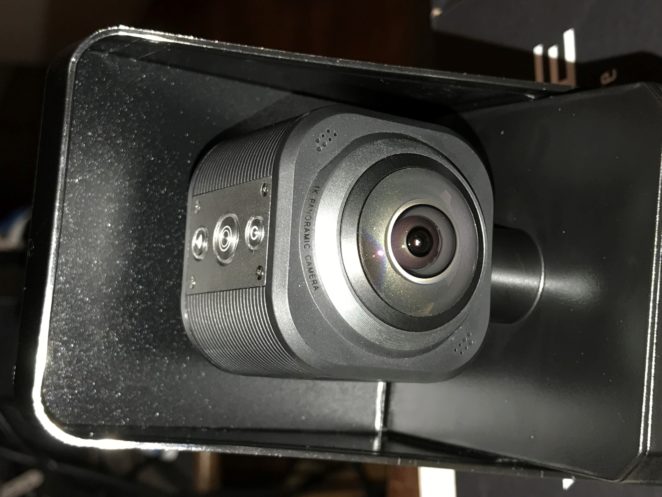 The third edition of my mid-year 2017 Cool Technology trends update. We have made it from 1-6 so far. The big change for me, mid-year is I am reviewing technical categories rather than actual products only. It is different than I have made my cool tech projections in the past.

I would have had this category number one as an emerging technology just a year ago. But the reality of emerging changed rapidly. There is some products shipping right now in this space. Each of them adding additional and interesting features. The market for cameras that claim 360 images is exploding. The reality of these cameras is that most are 180 degrees or at most 270 degrees and allow you to stitch the image together. You can do that on your cell camera with panorama.

The products I use in this category include Bubl, Vyu260, and Camorama. The last two are interesting in that they include cases for using the cameras underwater. They (Vyu360 and Camorama) are action camera sized. Bubl remains the best 360-degree camera and truly delivers the full 360-degree experience. The other two offer incredible versatility as far as action cameras.

The category has also undergone a considerable change. The market, one of the few in the technology space is shrinking. The rise (as in the category above) of specialty cameras is forcing market change. Those forces feature into cameras that were traditionally pretty slow to evolve. The newest iteration of digital cameras now includes high-speed abilities, bursting, video and the steady cam option from the old video cameras. The evolution of digital cameras continues, and they are getting better and better. The best way to demonstrate it just take high-speed (slow-motion video) with your digital camera and your cell phone. The sheer jumping of the cell phone will convince you to get a digital camera.

The products I use in the traditional camera space are broken into the three primary categories. DSLR Canon 5ds, Point and Shoot Olympus TG-5 and video JVC.

A few years ago I would have only talked about computer laptops in this piece or category. But now, it is all about tablets. But just three years ago I would not have included a Windows tablet in this mix. Now the market and capabilities have shifted. Tablets offer increased flexibility as far as interaction not only via keyboard but touch screens and pens (pencils for iPads). The abilities and capabilities continue to expand in this category.

The products I use in this category are the Microsoft Surface Book, The iPad Pro and the Samsung Note. As stated the category has changed radically in just the past two years.