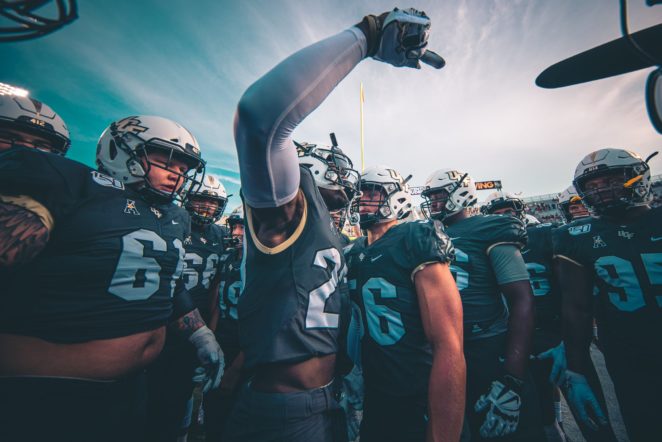 This college football program has grew on me since their 2017 national title claim despite them being excluded from that years college football playoff. I ended up going to watch their 2019 Fiesta Bowl game at Standard Bar & Grill against the LSU Tigers with hopes that the Tigers would put them in their place.

In the end, the Golden Knights ended up losing to the Tigers, 40-32, but in the process I ended up seeing how much heart this team had after losing their star QB McKenzie Milton, who was knocked out in November with a severe leg injury. Certainly, Milton may have been a difference maker in keeping their winning streak alive against the Tigers.

Since their 2019 Fiesta Bowl loss to the LSU Tigers, I have consistently followed this team on social media and ESPN, and often listen to their war chant which reminds me of the Florida State Seminoles war chant.