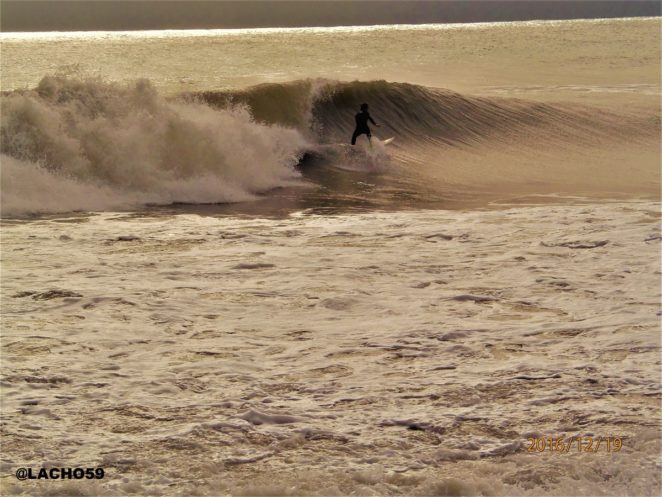 Surfing is a water sport in which surfers glide over the surface of the waves on a board called surf. Waves that are suitable for surfing usually originate in the oceans, but because of the enthusiasts are also made artificial water basins, where waves are generated by machines. The record, which was recorded in the Guinness Book of the highest wave it was ever surfing, is almost 24 meters, this achievement being documented by ESPN, but among surfers it is known that the real record is over 30-meter wave . Only four people have witnessed this achievement by a US surfer who makes two downhill waves of such magnitude as the second time he loses his life after the wave hits him in the rocks.