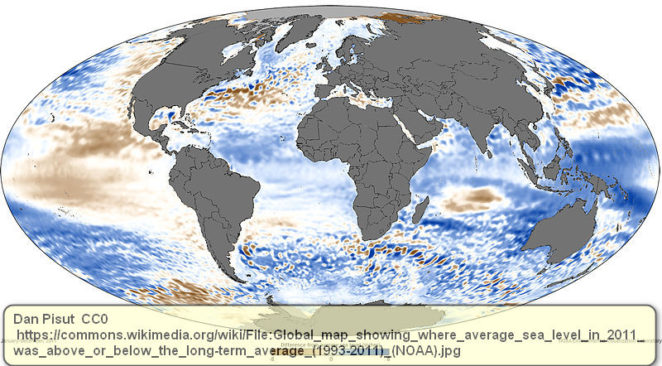 Day in and day out, we are inundated with reports that we, people, are causing global warming because of our emissions of carbon dioxide. Although true raw data shows that the globe is cooling and not warming, for a moment let’s assume that it really is heating up. Did you know that the cause cannot be carbon dioxide?

Carbon dioxide is a greenhouse gas. Greenhouse gases work by trapping certain wavelengths of light from escaping into space. Specifically, it traps infrared wavelengths; those we feel as heat. It is a good thing that they do, too, otherwise, the earth would be frozen solid.

The fact is that approximately four-hundredths of one percent of the atmosphere is carbon dioxide. This is an exceptionally tiny amount. To get a better grasp on how small that quantity is, if you had a container that held about 2,575 gallons of air, one teaspoonful of that air would be CO2.

We’ve been told that the amount of CO2 in the atmosphere has grown by eight-thousandths of a percent in the past century, with most of that increase occurring after 1945. This amount of that increase, regardless of actual cause, is so close to zero that it isn’t even worth mentioning, especially considering that CO2 is minor in regard to greenhouse gases. We are talking about an increase of less than a tenth of that teaspoonful in the 2,575 gallon container.

What about computer models?

As already explained, CO2 isn’t a major player. So, computer models that show runaway global warming due to CO2 make an assumption that increased CO2 means increased water vapor. An increase of eight-thousandth of 1% simply means nothing by itself. Since 98% of greenhouse gases is water vapor, this could explain a temperature increase. That is, it would, except for one thing.

Water vapor absorbs carbon dioxide. If an increase in CO2 caused more water vapor and warmer temperatures, there would then be a corresponding decrease in CO2. This is physics and it is the equilibrium of a wonderfully designed self-regulating system. Carbon dioxide levels can’t exceed the saturation point, regardless of whether the solvent is the air of the atmosphere or ocean water.

It is worth remembering that there is a finite amount of both carbon and oxygen in the earth and atmosphere. We can combine them to get CO2, but neither the carbon nor the oxygen is created by man.

The truth is that even in strong warm currents in the ocean, most of the heat is concentrated in the upper few feet of ocean water. This is the “heat rises, cold falls” part of science that is taught in elementary school. Temperature readings at the bottom of the ocean show temperatures that are incredibly cold. Some currents are actually below 0 C but are kept fluid because of the tremendous pressure of the ocean water above.

Water is also has a much greater heat capacity than air does. To explain this, try drawing a tub full of cold water. Turn up the heat in the room as high as it will go. Do you honestly believe that the water will ever actually get hot? There simply isn’t a great enough volume of hot air to raise the temperature of the water much or quickly.

The science behind this

According to a leading industrial chemist, Dr. Mark Imisides, the heat capacity ratio between water and air is about 3,300 to 1. That is to say that in order to raise the temperature of a quart of water by 1 C, you’ll either need 3,300 quarts of air that are 2 C, or you will need a quart of air that is 3,300 C. This is pure chemistry and physics and these laws were worked out centuries ago.

Thus, for greenhouse gases to heat the oceans by just 1 C, they would need to produce air temperatures, planetwide, of 4,000 C. There is a good chance that if the air temperature increases by that much, nobody will care much about the reason it did.

One of the claims made is that Antarctic ice is melting. Antarctica contains about 90% of the ice on the planet, so if it was melting, this would be a concern. However, it isn’t. It is simple to understand why.

Precipitation amounts in Antarctica are small, qualifying Antarctica as the world’s largest desert, but the ice is actually growing slowly.

The only place the ice is melting in Antarctica is shown by the arrow in the precipitation image above. This is float ice that is over ocean water rather than land. Since the water is obviously above freezing, which it would need to be to remain fluid, it is warmer than the ice, leading to melting. However, this is also a very small area of Antarctica that we’re talking about. Elsewhere, the ice is growing, slowly.

Thus, scientifically, carbon dioxide cannot cause any appreciable global warming, in and of itself. It can’t cause the warming even counting its supposed effect on water vapor, which is used in computer models. There isn’t much danger of the ice in Antarctica melting, either, and measurement plainly show that it isn’t. The simple truth is that for about 90% of the last 10,000 years, air temperatures have been hotter than they are today, looking at pure data, including ice core samples. That is saying a lot, considering the several hundred years of the little ice age, which some scientists say hasn’t yet ended.

When true science is brought to bear, the emotions present in the pseudoscience of climatology can’t hold up. It doesn’t even take the manipulated data to show this. It just takes science and common sense.