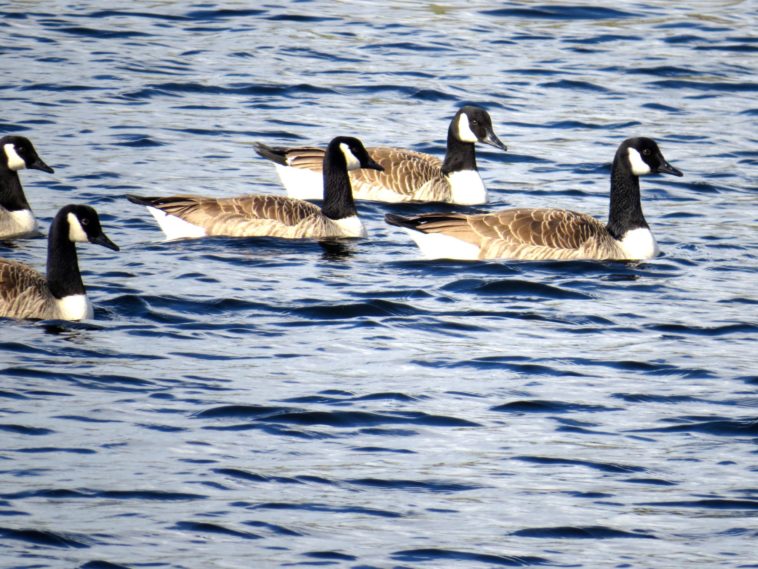 Two days ago I spotted something unusual in a canal by Puketutu Island, Mangere, Auckland. I saw a White Swan….

I’ve never seen one White Swan in New Zealand and neither did my eldest sister, Janet when she and her husband visited the South Island this year. Although Janet did tell me she remembers White Swans in Western Springs Auckland (which have no more White Swans)

This White Swan was all alone and by himself or herself. I asked a person running past if they saw it and apparently it is been around for 3 weeks now.

A special moment as I have not seen this before and thought I would share it with anyone who reads this post.

The White Swan like every other Black Swan behaves the same way, every now in then it turns upside down foraging for food. It’s about to turn upside but that’s not so interesting.

Next, I saw Canadian Geese here, and it’s the first time they have come to Puketutu’s Island canal. There was quite a few, no more than 25 Geese. I guess it was overcrowded in Lake Hakanoa in Huntly and they decided to fly to Auckland instead.

These Canadian Geese stayed together in a group so I would surmise these are very social birds. They look alike but they would know who is who inside their group and know each member very well. I suppose this is new for them too and need to take time to adjust.

There are more than this  here.

The Island of Puketutu is privately owned and is in the distance. There is some sort of Hosting business here.

These Ducks were flying around, these ones is where the male has a white head and the female’s head is dark as the body.

Rain has come and left puddles and a Black Swan takes advantage.