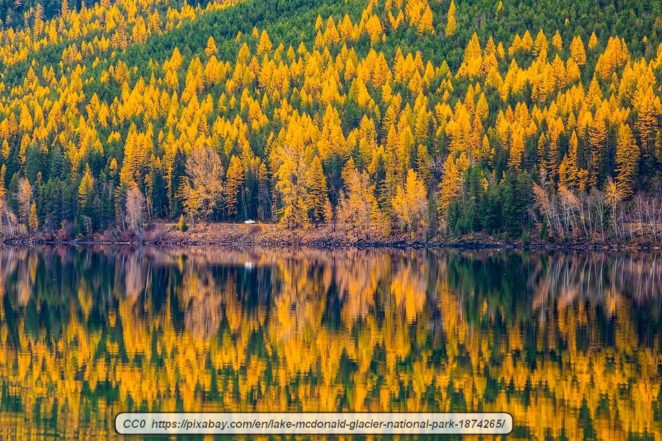 This may sound like a heady subject, but it really doesn’t take an advanced college degree to understand it. It is vitally important to understand forest succession in order to understand proper forest management techniques and why they work.

Why is this important? The enormous forest fires that have raged this year in the Pacific Northwest of the United States, particularly in Montana and Oregon, are a direct result in improper forest management. That is worthy of a different article, but this one will lay the foundation. Suffice to say that until the 1980s, major forest fires were minimal because of proper forest management. There was then an extreme change of direction that led to the problem we have today.

A forest succession is simply the natural pattern of growth between a young forest and an old growth forest. That is to say that first, there are grasses and similar plants. These give way to bushes and brush, then to fast-growing trees like aspens, alders, and birch. In temperate regions, such as in most of the US, this gives way to either the conifers; pines, firs, hemlocks, junipers, and so forth, or to the broad-leafed hardwoods like maple, hickory, and oak.

Each of these steps, though simplified here, are due to the growing conditions that prevail. Initially, since little except algae and lichens are growing, the land is wide open for fast-growing and sun-loving plants like grasses. Bushes and the first trees also get started, but since they are slower growing, it takes time for them to dominate the landscape. The conifers and broad-leafed trees take longer still, to grow to maturity. For example, firs and pines take 45-65 years, in the best of circumstances, to become mature. Many maples and oaks take well over a century.

‘Biodiverse’ is merely a fancy term that refers to the number of different animal and plant species that are found. There are more annuals and fast growing plants, like grasses, than there are of other plants, so the land before the forest begins to grow is more biodiverse than the later forest is. This applies to animals, too. The open range is home to numerous species of rodents, reptiles, and larger herbivores like deer, elk, and so forth. Along with the herbivores, there are many kinds of predators, from birds of prey, to members of the weasel family, to larger predators, like bears, cougars, bobcats, lynxes, and so forth. The predators are there because that is where their food supply, primarily the herbivores, is.

As the initial forest grows, biodiversity actually begins to drop. Trees shade the ground, so plants that require full sunlight can no longer grow. The denser the forest grows, the fewer sun-loving plants can grow. As aspen, alder, and birch give way to the conifers or broad-leafed hardwoods, yet more sunlight is prevented from reaching the ground. Even plants that tolerate some shade find it difficult to grow. At this point, only a few kinds of grass and plants that love the deep shade, such as ferns, mosses, and some bushes, can grow. The lack of sunlight even prevents new seedlings from the old trees from growing.

Fewer kinds of plants result in fewer herbivores that are capable of eating what is left. Fewer herbivores mean fewer predators because there isn’t enough food to support a larger, diverse population. In other words, as the forest matures and gets older, biodiversity drops tremendously. Thus, an “old-growth forest” isn’t nearly as biodiverse as a new forest.

This process is over-simplified here, so that understanding can be gained. There is much more to it than just this. For instance, the land is undergoing succession as well. Lakes turn into bogs as limbs and leaves fall into the water, and the bogs turn into marshes, and the marshes turn into firm ground, and so forth. This happens while the forest is changing and it contributes to the change.

Proper forest management takes all of this into consideration. Conversely, if you hear anyone saying that we vitally need the old-growth forests to support biodiversity, you’ll know that they don’t have a grasp on forest succession. Old-growth forests are the least biodiverse of all. Eventually, those trees will die out and the whole process will begin anew. Understanding all of this is the first step toward understanding what proper forest management procedures are and why they work.

Hopefully, this will clarify what forest diversity is, why it happens, how it happens, and what this has to do with the number of plants and animals that are capable of growing in a given area.

Parting note: Notice the last picture above. This is of a very old forest. Particularly notice how few plants, of any kind, are growing on the forest floor. This is a great example of the lack of biodiversity in an old growth forest.