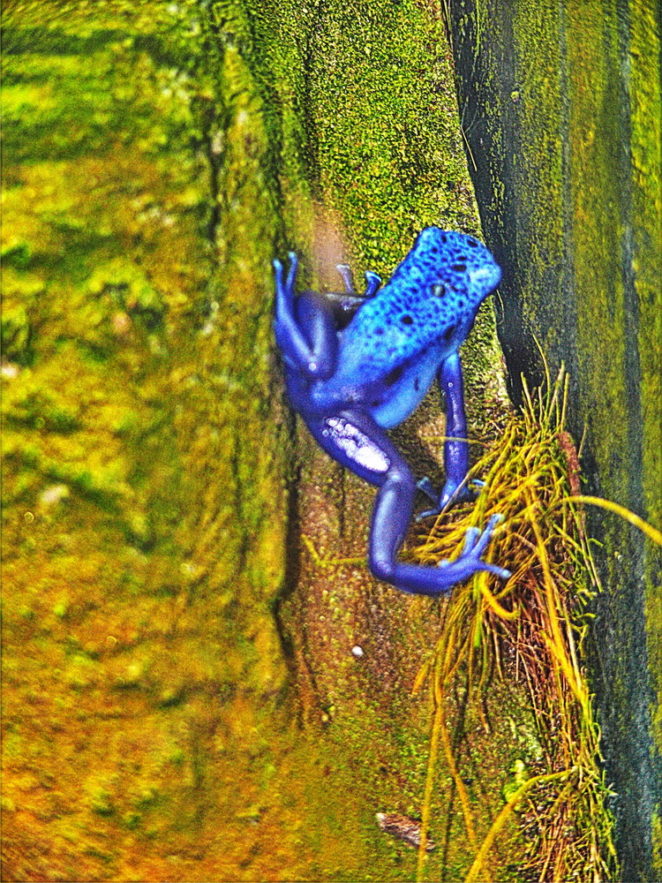 You would think that a frog as brightly colored as these would draw attention to themselves making them more likely to be eaten but, as the name says, they are poisonous and can make predators sick merely by touching them. Some are so poisonous that, if you touch something that touched them, it can kill a fully grown human being. The locals touch the tips of their spears and blow gun darts to these frogs when they go hunting. Hence the name.

By the way, they make great pets.

I’m serious. A terrarium with a bunch of these guys is a sight to behold. But what about the poison?

There are approximately 200 species of these frogs and they are found in Central America and South America where it borders Central America. Here are two of the species. They were on display at Chicago’s John G. Shedd Aquarium in 2007. 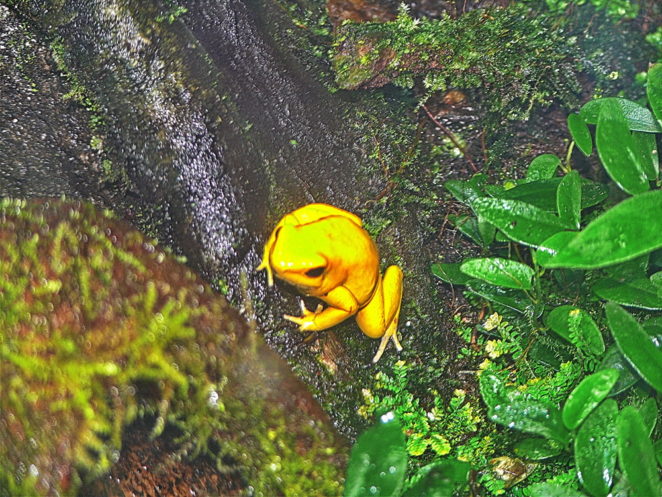