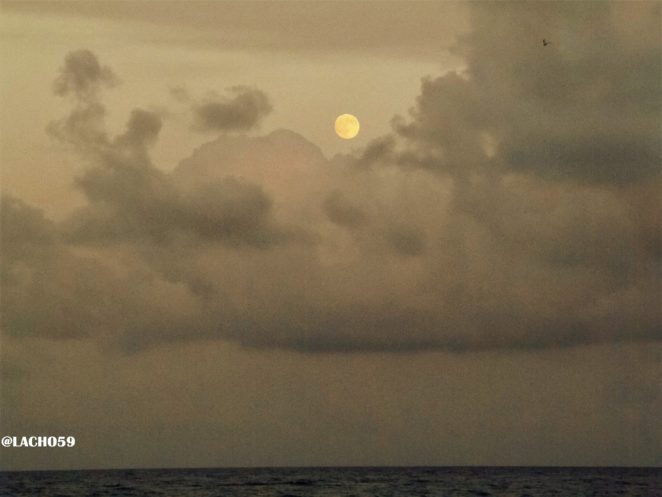 Since ancient times, the Moon has been worshiped and deified. They measured the time and made the calendars. Naturally, the study of the celestial bodies is necessary to begin with the Moon – not only because it is the second brightness after the Sun, not only because it is the Earth’s closest heavenly body but also because, unlike planets and stars, it can be successfully Observed at any time of the year. It is also bright enough for it to be able to be successfully viewed under very no-favorable conditions.

What is the moon?

The moon walks around the Earth in an elliptical orbit (not circular), with the distance between them changing. When the Moon is in perigee (closest), it is 384,400 kilometers, and when it is at the apogee (farthest) – 406,740 kilometers. It is a cold body that does not emit its own light, but only reflects sunlight and, to a much lesser extent, Earth’s. Its diameter is 3474.4 km. And unlike the Earth, which is slightly flattened toward the poles, the moon is almost spherical. It travels in its orbit an average of 1 km / s, which means that it travels more than 88,000 km in one day.

The moon changes its phases every month. Lunar month does not exactly match the calendar. This is evidenced by the lunar year, consisting of 12 lunar months equal to only 354.37 sunny days. There are two types of lunar months:

• A star of 27 days, 7 hours and 43 minutes and represents the time for which the moon makes a complete tour of the sky and returns to the same star

• Lunar month with a duration of 29 days, 12 hours and 44 minutes and represents the time between two identical phases, for example, the new moon and the full moon

The moon circles around the Earth, and our planet around the Sun. If the Earth’s or Moon’s orbit’s poles matched, each time the Moon stood between the Sun and us, there would be a solar eclipse. But since they have a slightly different slope, then we have only a new moon (we see the unlit part of the moon). And when the Earth is between the Sun and the Moon, we see the entire illuminated side of our companion. Then we have a full moon. Of course, over the rest of the days, all the intermediate phases of the Moon alternate. Between the new moon and the full moon are the phases of the “growing” and “starting” Moon, and between the full moon and the new moon are the phases of the “ending”. These two words are used to easily distinguish whether the Moon “starts” or “ends”. If the sickle in the sky, which forms its illuminated part, resembles the letter “H”, then it starts and vice versa, if it ends, the sickle resembles the letter “C”.

The moon is best lit in the full moon. This does not mean that it is the most suitable time for observation, because because of the sunlight falling on its surface, the craters and the mountains on its surface do not throw shadows, and the shadow of our companion becomes equally brilliant – this prevents its terrain . The best time to observe the moon is about the first quarter – 2-3 days after the new moon and 2-3 days before the moon.

The outer edge of the moon disc is called limb, and the boundary between the light and the unlit side – the terminator. Moon seas are best seen at full moon – like dark spots, and all the other details of the relief – around the first and last quarter, and especially they stand out around the terminator. There, all unevenness on the moon terrain throws the deepest shadows.