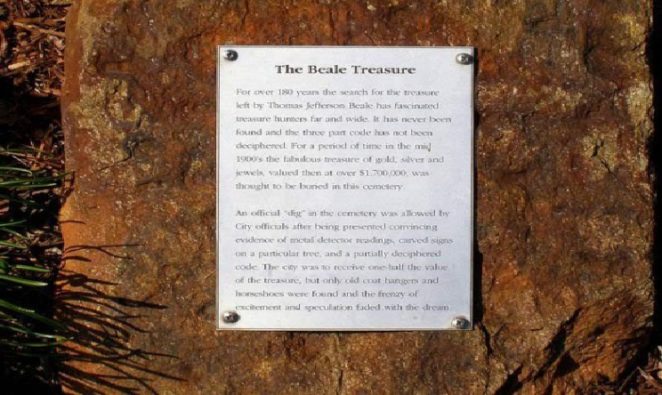 Since last two centuries computer experts, treasure seekers, and even the US military officers have failed to solve three part code.

This treasure was owned by a person named Thomas J. Belle,Who has identified it in three ways after it is hidden in Virginia. This treasure is closed in a large box in which there is 1400 pound gold 3812 pounds of silver and other gems.These boxes are pressed below six feet below the ground, Another box contains 1907 pound gold 1280 pounds silver and diamonds.

All the treasures have been kept in the vessels. And iron balls are installed on them.For the last hundred years, few failed attempt to find this treasure is going on. Thomas hide in the treasury ground and has hidden his address in a cryptogram. 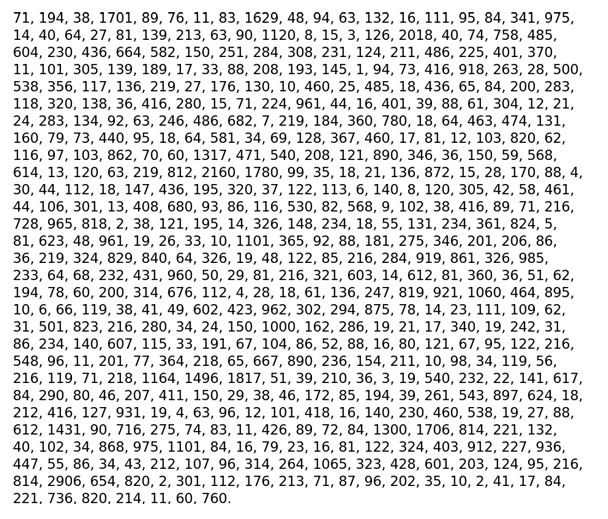 According to the story Thomas  Belle was an adventurist and hunter. He got gold and silver reserves while hunting near the New mexico and the Colorado Bay border and  he brought them home to Virginia. But some days after Thomas buried that treasure in earth. Then he created three secret codes that could be resolved and reached to this treasure, sooner one part of that code resolved shortly, while two other are still there and unresolved. These routes have been named Beale Codes, in Which there is a unique key phrase or word hidden between English alphabets and  knowing it, the treasure of the treasure can be found. This phrase is named as Key by Thomas. Even the world’s famous cryptographers failed to find it. However the secret of a code was detected, but it could not be ascertained that after that the treasure was removed or not. 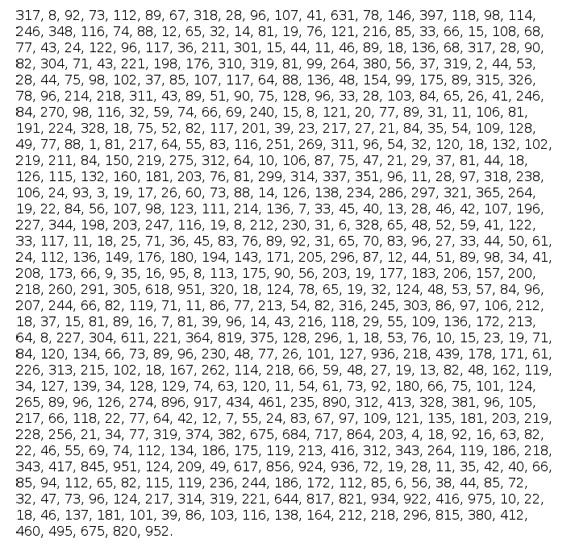 However, in the greed of treasures, people have also helped with traditional metal detectors and magnetometers. Some also supported the spiritual sources and magic but the treasury did not touch. One person dumped into the cemetery and the abominations of bodies were found but the treasure was not found, and by the way he was arrested, he went to prison.

In the late 1980s, Stan Zenofovsky, a person, spent 70 thousand dollars, landed for dyamamite and bulldozers for seven years, but eventually the whole amount was over and he became bankrupt.

Therefore, experts believe that the understanding of Thomas’s codes can be reached to the treasury, which is worth billions of dollars..