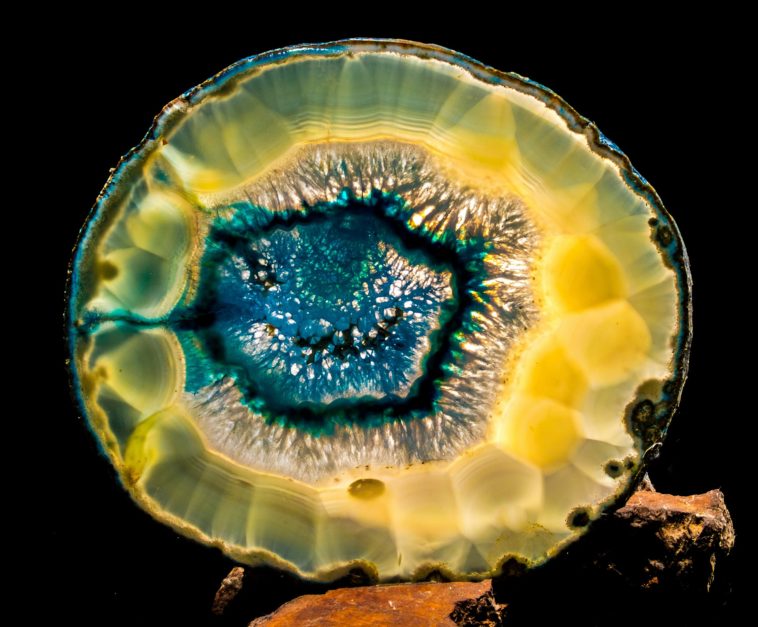 In ancient times Agate crystals were used as powerful talismans and amulets to provide the wearer with physical strength. The royal families of Europe had a passion for collecting bowls made of Agate. Evidence of this can be found today in various museums. People in the middle ages used to wear Agate in order to attain the power to conquer their enemies and acquire great wealth. Greeks used it for protecting themselves from hazards while at sea.

Modern day astrologers suggest this stone for curing insomnia and several other sleep-related problems like bad dreams and nightmares etc. It also helps to restore a damaged pancreas. It smoothens blood circulation. And it is said, that by wearing this color versatile gemstone, poor blood circulation can be restored.

On an intellect level, it is said to enhance the wearer’s analytical ability and improves perceptiveness. It eliminates and cleanses the negative energies from the body. While I certainly am no expert on the medicinal efficacy of Agate or not, I would strongly suggest much research before embarking any Agate related Cure campaign.