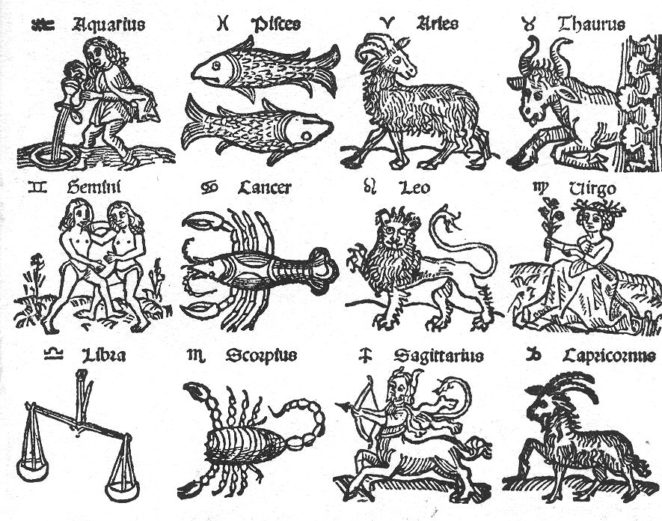 The name Zodiac refers to the twelve constellations of stars that are of particular interest to astrologers. Everyone knows which “sign” they belong to, but what do they mean in reality?

The plane of Earth’s orbit around the Sun is known as the Ecliptic. It is also the plane within which all the recognised planets orbit. Given that the passage taken by Earth round the Sun takes one year to complete, the star background on the opposite side of the Sun as seen from Earth also changes.

The ancient Greeks distinguished twelve constellations though which the Sun appeared to pass. These are the Zodiacal constellations of Capricorn, Aquarias, Pisces, Aries, Taurus, Gemini, Cancer, Leo, Virgo, Libra, Scorpio and Sagittarius. It has to be said that they are not necessarily the most recognisable constellations in the night sky!

One problem with determining these as the Zodiacal constellations is that they are not all the same size, and so it is not true that the Sun is “in Leo” (for example) for one month before moving entirely out of Leo and into Virgo. 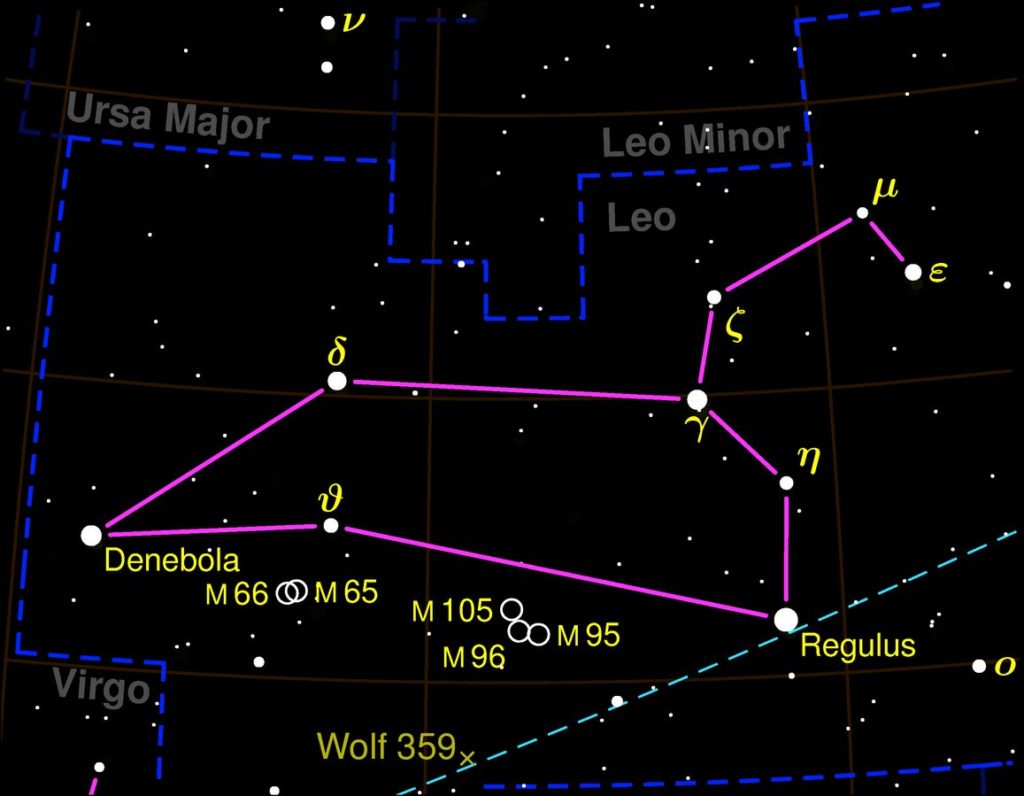 (The constellation of Leo. Image by “Bronger”  licensed by Creative Commons for general use)

An even greater problem is that the degree of the Earth’s tilt has changed slightly since ancient times, and this is enough to have disrupted the pattern of the Zodiac constellations in terms of their appearance in twelve equal episodes.

However, these problems do not seem to have bothered the astrologers, who stick to the original Zodiacal dates on the assumption that the mythological attributes of the creatures whose names have been given to the constellations are just as relevant to the personalities of people born at specific times of the year as they ever were.

Of course, given that the whole concept was barmy in the first place, the fact that the Zodiac constellations are in the wrong places makes not a blind bit a difference – it was nonsense in ancient times and still is today!