Our body needs rest after a busy day and many hours of active work. That’s why we sleep. But have you ever thought why do we dream?

Our brain is active even when we ”go to the dreamland”. It’s when the body rests but the neurological functions do not stop. There exist two types of sleep: Non-REM and REM sleep. Both types are characterized by special physiological changes inside the organism.

Non-REM forms 75-80% of an adult person sleep. It is also known as an orthodox sleep, characterized by a declination of the metabolic activities, the blood pressure and the number of a heartbeats. The orthodox sleep could be divided into two additional phases: light and deep orthodox dream. in the light sleep, the body changes its position about 40 times during the night in order to have an interrupted blood circulation and to have movement of the muscles. On the other hand, the deep orthodox sleep both the muscles and the brain are totally relaxed. During a normal night sleep, we change on average five times from light orthodox to deep orthodox sleep and dream. 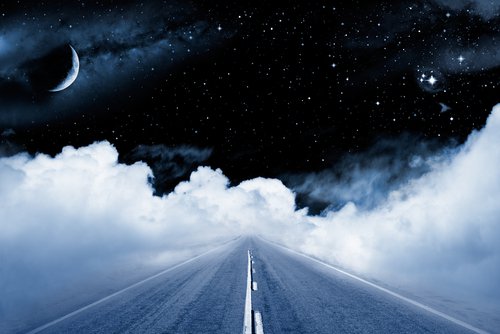 The irregular breathing and pulse are characteristic for the paradoxical sleep, as well as the rapid eyes movement (REM). Most of the dreams happen during the REM phase of the sleep. The analysis have shown that the people are most likely to describe their dreams in details if they are to be waken up during such sleep. On the other hand, if only five minutes have past after such sleep, the memory of the dream is blurry, and after ten minutes of such sleep the person completely forgets about the dream. The people claiming they never have a dream are people who never wake up immediately after the REM phase, but they enter in a new phase of orthodox sleep instead. The duration of the REM phase is about 15-20 minutes which is followed by 60-90 minutes of orthodox sleep.

The people who’ve been examined and waken up when entering a new phase were more aggressive and sensitive and face problems with the concentration. Some of them would even hallucinate.

The quality of the sleep depends on a great deal on the time that one goes to bed, the hours of rest which is the period between going to bed and waking up, the number and the duration of the pauses of the sleep, the final time of waking up and the frequency of the naps during the day.