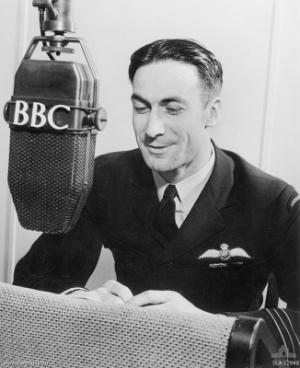 For many years, especially during the late 19th century and the 20thcentury up to about 1980 or so, there was a “right” way and a “wrong” way to speak English. At least, this was what many “educated” people believed, particularly those living in south-east England. The “Received Pronunciation” of English was exported to the Empire via civil servants who had been to the best English schools, and it was reinforced when the BBC began broadcasting to the nation and the Empire, recruiting announcers and others whose voices fitted a standard that became known as “BBC English”.

Received Pronunciation (or RP) is therefore English without an appreciable regional accent and which abides by certain stylistic rules. It is therefore a standardised form of English. But how did it come about?

(Prime Minister Neville Chamberlain broadcasting in 1939. Despite his Birmingham background, his accent was definitely RP)

It was very largely a social phenomenon, in that people who had been educated to a certain level tended to consider themselves superior to those who had not. This generally meant a split along class lines, with the upper and middle classes forming the educated echelon and the working class being the semi-literate underclass whose communication was almost exclusively with others of their own class who spoke in the same way that they did. They also tended not to travel much, so they had no need to adapt their speech to suit the needs of anyone from outside their region.

The Education Act of 1870 threw open many of the great schools of the country, such as Eton, Harrow and Winchester, to the general public, which is why they are still known as “public schools”, although the term is confusing to Americans because it does not equate to “free”. Indeed, it was only the better-off members of the middle class who could afford the fees. However, for those who were able to attend these schools, and the “preparatory” schools that prepared boys (and it was mostly boys, not girls) for the exams that would gain them entry to the senior schools, a cultural clash took place between the sons of the aristocracy and the “nouveau riche” social climbers of the middle class.

Before this change, it was quite normal for upper class people to speak with regional accents. Gladstone and Peel, for example, despite their Eton/Harrow and Oxford University educations, never lost their Northern English accents. However, from about 1890 onwards it became a stigma to have a regional accent, and schoolmasters who had themselves been through the new educational mill passed on their prejudices to their middle class pupils.

The social climbers also appreciated the advantage of copying the manners and accents of those above them in the social hierarchy, and so Received Pronunciation was born. It spread via the Army and the colonial service throughout the Empire and therefore became a symbol of authority for those who used it. You were unlikely to gain advancement, whether British or “native”, if your accent did not match that of those with the power to make or break you in career terms.

When the BBC began broadcasting in 1921, its recruits came from the same educated middle class that had been either to public schools or the new tranche of “grammar schools” that in many ways sought to imitate the public schools. Strenuous efforts were made to standardise broadcast speech, including a committee that decided how certain words were to be pronounced on the BBC. The early BBC form of RP sounds to a modern ear to be almost comical, with its “far back” renditions of words and phrases. If you can imagine “rolling stones” pronounced as “railing stains” you will get a good idea!

However, RP has had a much worse press in more recent years. It is now regarded by many as symptomatic of elitism and snobbery, and it is noticeable how few “far back” voices you will hear today, even among people who have no regional accent. A good example is Her Majesty the Queen, of whom many recordings exist of broadcasts made when she was much younger, such as during the 1950s. Half a century later, although she is still clearly an aristocrat in her speech, there are none of the knife-sharp edges to her vowels that typified RP.

(The Queen speaking in Australia in 1954)

The decline of RP has also had much to do with social attitudes towards people from the regions beyond the south-east of England. It is no longer acceptable for talented people to be denied careers in broadcasting just because of the way they speak, thus many newsreaders and reporters heard today have regional accents from throughout the United  Kingdom and beyond.

It is no longer the case that “getting on” depends on conforming to a given pattern of behaviour, whether in speech or anything else. Received Pronunciation has, fortunately, become a thing of the past in our more accepting society.