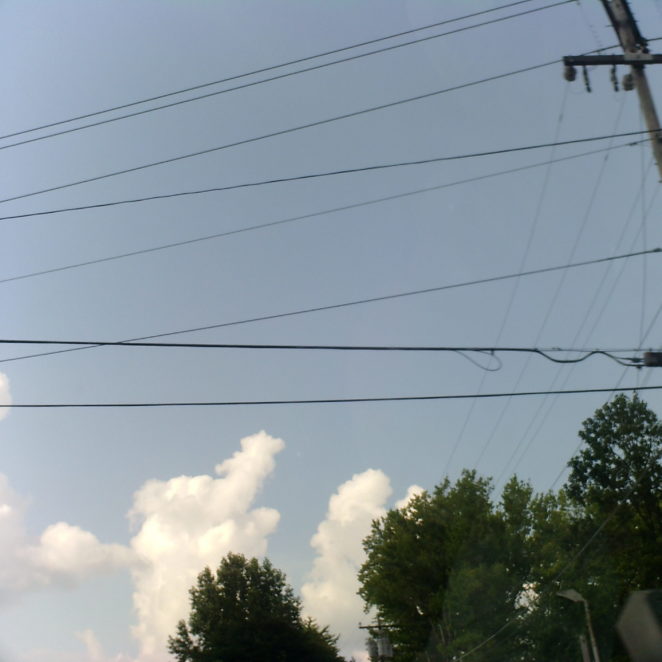 Most of the photos came out white! I was totally shocked! I just knew I had the best photos of the eclipse, to come home after a five hour drive home to discover nothing was taken! So, a little devastated I managed to have three photos come out. I think I broke the camera when I aimed it at the sun without a filter. Everything that I’ve read, says that it should not have any damage from the eclipse. It’s a little wonky now, but it does take a few photos at least.

This is a side-street that was supposed to have saved thirty minutes on our commute, but just took us a little ways down the road right back into the traffic we had just left! Seriously, there was a car in front of us as we left the highway and it was there when we got back on. The shortcut took an hour and we did not travel far at all. I think everyone went home at the same time yesterday.

Other than that, it was a great day! (I just dropped the film off, so hopefully something came out on that!) My sister had a little gathering and there was lots of people there to witness the eclipse with us. We had a great time. Food always make a great gathering and everyone brought something to eat!