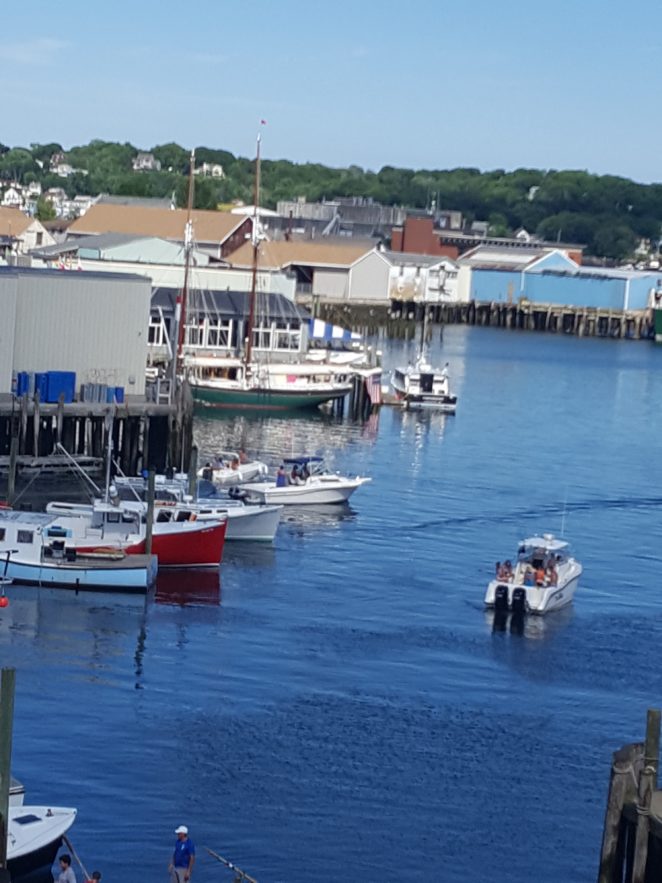 Joan Baez. Judy Collins. Joni Mitchell. In the mid 1970s there were some beautiful voices that enriched my life. I would play their records over and over and draw inspiration from them. The most beautiful voice of all was not on record. Dorothy Cahill lived in East Gloucester and sang a repertoire of folk songs, love songs, sea chanteys…Dorothy could make any song her own. I first met her in 1975 while volunteering with the Cultural Resources Committee of Gloucester’s Downtown Development Commission. We organized an ethnic festival to celebrate Gloucester’s diversity. It was a great success and we became good friends. I was blown away the first time I heard her sing. In the summer of 1976 Dorothy did a series of free concerts in Rocky Neck. My friends and I went to all of them. We watched the sunset over the harbor  inhaled the salt air & sometimes some fine Colombian while hearing this beauriful voive. Dorothy did this awesome version of the Shaker hymn “Simple Gifts” in a medley with “Lord Of The Dance”. I adored her and hung onto every song.She sounded like an angel and her big transcendent brown eyes filled with hope and warmth made you feel like you were in the presence of one -a saint or angel who could sing. I could not understand why someone so talented had not recorded an album. She had an enthusiastic loyal local following but was unknown outside the North Shore. Four years later Dorothy would join my friend Gina Sindoni and Dr. Helen Caldicott in organizing the anti nuclear Women’s Party For Survival. Gina would express frustration that Dorothy could not leave her house without her husband’s permission. I guess that’s why she never pursued a recording career.