Here we go again with analyzing the solo careers of singers and songwriters who used to be members of the biggest boy band of this decade. Some, mostly their fans, could argue they were the greatest boy band of all time, but as we’ve already explained in the first article in the series “Let’s Talk One Direction”, the author is a person who was never a fan, who was way too old to fall in love with both their music and the pixilated creation of one of the lads, therefore, and due to the fact that we did have The Beatles, the true greatest boy band of all time, we are remaining objective, with no harsh feelings coming from and to any of the sides.

Now, if you’ve missed the posts in which we discuss Zayn’s and Niall’s solo work, you can simply click on their names and be directed to the articles dedicated to the products of talents of these two artists.

I had already applied criteria used for older boy bands on members of One Direction, which led us to the conclusion that Niall would be classified as “the cute one”. If we were to do the same on Louis Tomlinson he would most definitely be “the funny one”, which, in the terms of high school yearbooks means “the one who is the least to succeed”, for which we have numerous examples portrayed in ex funny boy band members whose names no one even remembers and whose solo careers were doomed. Simon Webb of Blue was “the funny one”. He had a solo record, it didn’t end well of course and finally he was forced to reunite with his band mates years later. If it wasn’t for that reunion, even I wouldn’t know his name today, even though I was a massive fan back in 2001.

The thing with members of One Direction is that no matter what paths in life they had decided to follow, whether they were to be singers, songwriters, producers, actors, etc. , they would had succeeded, no matter what. Those incredibly dedicated fans of theirs would made sure of that! Therefore, Tomlinson wasn’t doomed from the start just because he was playing a certain role in a group. Thanks to his fans being witty was an advantage. 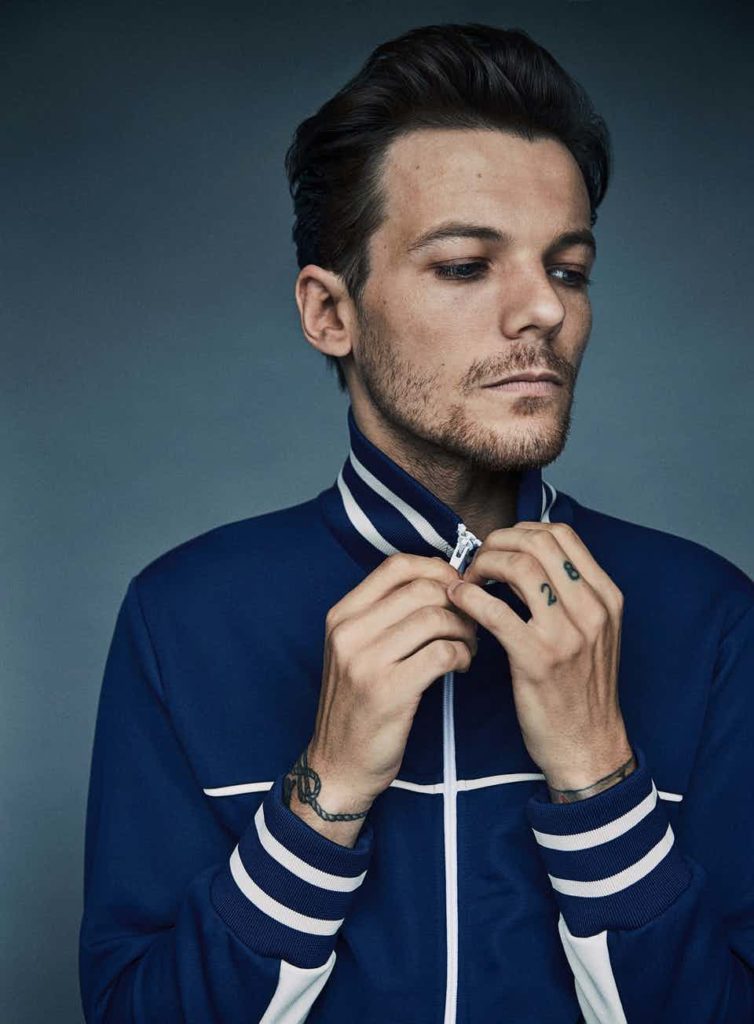 The problem which accurse with every single “funny” member of some boy band is the fact that they all have seemed to follow the exact same patterns they were using while being a part of a group. They would have the same type of songs, stay in the boundaries of the same music genre and sing about the exact same things in the exact same way that previously did. Well, that didn’t prove to be successful, did it?

On the other hand, we have Louis Tomlinson and his doing the same things he was while being in One Direction? Is he staying in the boundaries of straight, jolly, catchy pop music? Absolutely not! That man is into EDM! There he is having duets with Steve Aoki and Bebe Rexha while those EDM beats and sounds play in the background. And, may I say, his voice accompanies that type of music perfectly!!!

Now, I’m not that big of a fan when it comes to EDM. I’m all about the lyrics kind of a person, so naturally EDM is not going to provide me with something deep and profound. But bloody hell, when Tomlinson pronounced those “What do you do when the chapter end? Do you close the book and never read it again?” in his and Aoki’s “Just Hold On”, I was like yes, this is my favorite tune for the summer! He had me at a chapter and a book. Yes, I’m a nerd, and also yes, I’m well aware of the fact that those lines are metaphors, but still at least chapters and books were mentioned.

As for his collaboration with Bebe Rexha “Back to You”, which I might not be that much into, but then again, who am I to say something is right or wrong, better or worse, when the duo won the award for the Best Collaboration at Teen Choice Awards just couple of days ago. And, if you think about it, there are far more people who are going to relate to a song about hectic relationship than the “let’s celebrate life” one. Even though I’m not a massive fan of the song, I can still hear how Tomlinson’s voice fits perfectly with EDM sound. The man is going in the right direction. It might be a commercial one, but at least he’s not exploiting the fact that this world will always have a market for coitus, something that his ex-band mate Liam Payne is doing consistently with those “sexy”/cheesy lyrics of his.

To conclude this part about Louis Tomlinson, so far the man is nailing it! God knows I’m not going to play his tracks on my own, at least not until we get his entire record and see what he’ll do there, but every time I hear both “Just Hold On” and “Back to You” on the radio or the YouTube’s auto play decides to play them for me, I will not change the station or click on the next video. I would sing the parts of the songs that I know and I will most definitely dance! Well done, Tomlinson. You’re voice and lyrics are making EMD a little bit more listenable to me. Thanks, love.

I’ve already stated that the Payne is exploiting the fact that there will always be a market for sex with both his music and the lyrics and in my opinion, which does not resonate with the majority of the users of Spotify, he’s doing it in the cheesiest way possible. First, there was that collaboration with Zedd “Get Low” in which we can hear lines like “Don’t care if you’re too loud, sexy I want you now” and “I like the way you take me there, I like the way you touch yourself”. Quite explicit, in it?

Now, excuse me I have to go and through up.

And then there’s that “Strip that Down” thing. It doesn’t get better. “Girl I love when your body grinds on me” Ugh, the vomit is coming again. There’s this one line which goes: “I used to be in 1D, now I’m free”. WHAT??? SERIOUSLY??? For crying out loud, I didn’t even like the group and even I can see on how many levels singing something like that is wrong. Bloody hell, don’t bite the hand which fed you for the half of a decade and made it possible for your dreams of being a singer come true. No matter who you are, you have no right to disrespect your fans, even if you’re “mature” and “edgy” now. I mean…. Plus, that music is not mature, nor edgy. It sounds as if some horrible version of young Justin Timberlake decided to be both Drake and Chris Brown. Ugh!

Enough said! Now, Directioners hate on me as much as you want for disliking Payne’s solo work, but that man has disrespected you, even more than Zayn did when he left the group in the middle of the tour.

That’s it for this post. See you soon with my thoughts on solo work of the remaining member of One Direction. It’s Harry Styles.