Because of this being a shorter route leading under N Lake Shore Dr enroute to the Lakefront Trail, I have dubbed it as the underground railroad, hehe. It is also the safer route rather than cycling E Monroe St, too.

I loved the way this picture turned out; I took it while cycling on E Randolph St on my self-proclaimed underground railroad.

Can you see the Trump International Hotel & Tower?

My destination during this afternoon ride was DuSable Harbor. And if you look far out you can see the Navy Pier.

This was one of the few times that I have went cycling so late in the day. There were a couple of residents out that complimented my bike with one even trying to sell me the bike he was riding which was hilarious. I responded with “this bike that I’am riding is the only bike that I need”. The nerve of him trying to sell me a bike that may not have even been his. 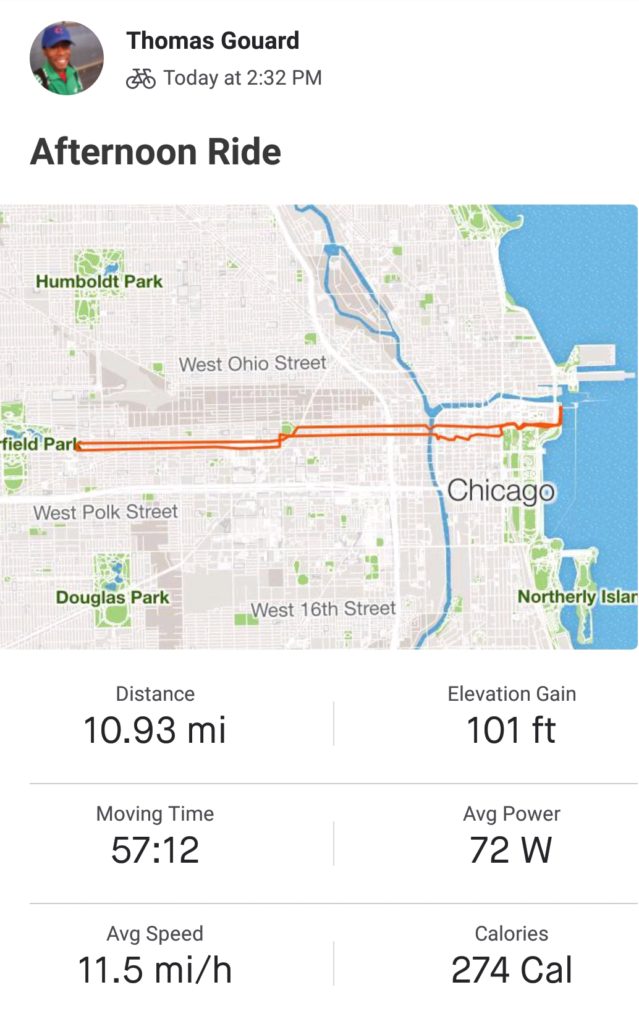