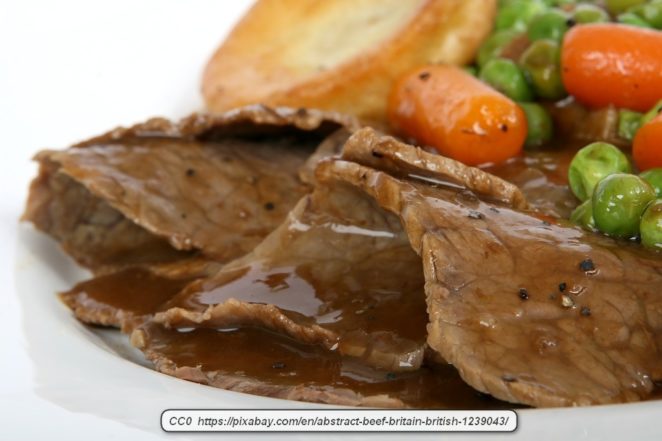 There are a great number of delicious dishes that are made even better with some gravy. It is easy enough to make gravy if you have meat drippings to work with. However, this isn’t always possible, so people often buy packets of powdered instant gravy mix. If you want to save money and have better tasting, healthier gravy, though, you can easily make your own powdered gravy mix.

The savings are very real. Gravy mix that is purchased in a store usually costs about a dollar for the cheapest brands, for enough to make a cup of gravy. Yet, gravy mix is very little besides flour and flavoring.

This means that most of that dollar is being paid for flour. There are about four cups of flour per pound, so this translates to $20 for a 5-pound bag of flour! Most people who are on a budget wouldn’t think of paying that much for flour, thus it makes sense to make your own gravy mix and simply store any excess in a jar with an air-tight lid. It is even extremely easy to make.

Simply mix all ingredients together thoroughly and store in a jar with an air-tight lid.

To make the gravy, stir 1/4 cup of the powdered gravy mix into a cup of cold water in a sauce pan, blending until smooth. Add a tablespoon of butter. Heat until it is boiling, stirring frequently to prevent sticking. Cook until thickened; one or two minutes.

For variations, add a tablespoon of dried, chopped chives to the mix. If you are wheat intolerant, you can easily make a gluten-free version by using oat or rice flour. This will still be cheaper than the store-bought packets.

Onion gravy mix is also easy; use onion powder or dried onion flakes instead of bouillon. Without bouillon, this gravy mix would be vegetarian.

If thinner gravy is desired, simply increase the amount of water. Adding more of the mix results in thicker gravy.

Since you control what goes into this powdered gravy mix, it can be free of preservatives and such things as silicon dioxide that is often added to the store-bought mix. This means that it is tasty, healthier, and far less expensive.