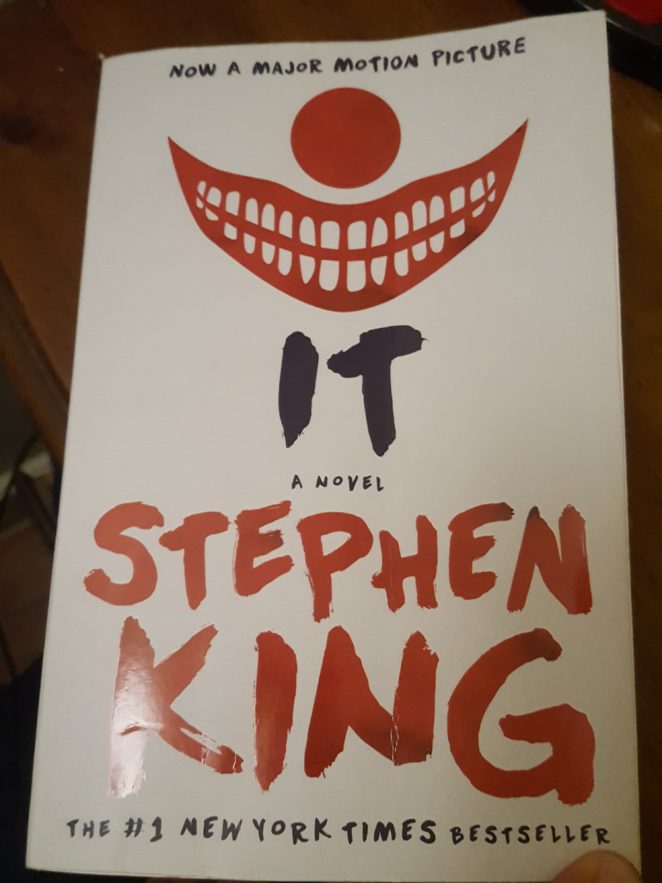 I have always loved a good novel. Writers like James Baldwin and Ernest Hemingway can move me to another place and time and for years  I have loved the travel. After Viterbo and Violeta were born there was a long stretch when I had no time for reading except for children’s books.

I hadn’t read a Stephen King novel in three decades, but the motion picture “It” inspired me to check out the book. Over 1100 pages long, it clearly has a great deal more depth than the film. The book chronicles the struggles of seven children against a monster that has lived under their city for centuries, a monster that feeds on the fears of children and manifests itself…as a clown, a bird, a wearwolf, or whatever dreadful nightmare it can seize upon from a child’s imagination. The children band together, confront the monster, and think they’ve killed it until…27 years later it starts all over again, and honoring their childhood promise, they return to finish what they started…..

It took me three weeks,  but it was well worth it.