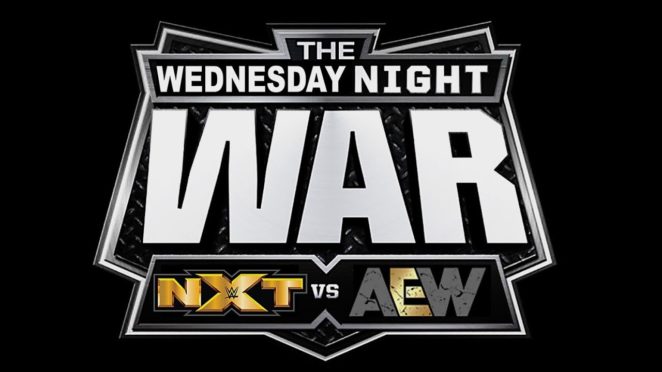 I try to catch both, but on different days while on down time during my work shift. Typically I watch ‘All Elite Wrestling’ first on Wednesday then ‘World Wrestling Entertainment NXT’ on Thursday, trying my darnedest to avoid all spoilers on my Twitter feed, so that my enjoyment isn’t spoiled. Nowhere near captivating as the Monday Night Wars between World Wrestling Federation and World Championship Wrestling back in the late nineties, but enough to keep you entertained. In my opinion what the Wednesday Night War lacks is story-lines and wrestlers that have the ability to captivate you on the microphone in the process. Wrestlers brought out their best during the Monday Night Wars, but maybe that was because their jobs were on the line which does not seem to be the case as of yet between NXT and AEW.

Both NXT and AEW captivate me in different ways. And when watching either of the two, I try to avoid any distractions I have going on so that I can give my full undivided attention. AEW brings new energy to the world of professional wrestling and gives off this vibe that it is the place to be, being that the crowd is bigger and the fans are very enthusiastic about the show. As for NXT, the crowd is smaller yet very enthusiastic as like AEW.