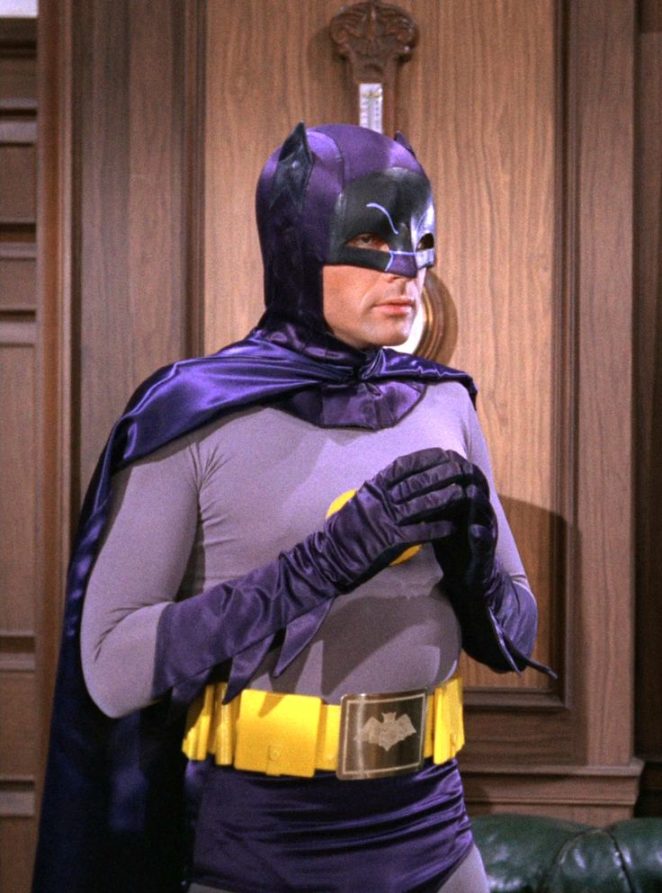 I have a confession to make concerning the Batman television series that ran on the American Broadcasting Company from 1966-1968. I never knew that the television show that starred the late Adam West as Bruce Wayne/Batman and Burt Ward as Richard Grayson/Robin was a comedy.

Nevertheless it was a show that only was funny but it was also educational which is rare these days in super hero television shows and movies which are darker and grittier since the producers of the shows have to give the audience what they want. I am living proof that living old school super hero fan fictions will not draw  a huge readership on Devianart and Archive Of Our Own.

Adam West who starred as Batman on television lost his battle to leukemia on Friday in Los Angeles California at the age of 88. Despite the fact that his television show is considered campy by today’s fans of Batman, I really enjoyed it.

What I know about the late Adam West is that before he lost his life on Friday, he embraced playing the role of a campy Batman which lead to him living a long life that he did for 88 years. Adam was able to inspire us to be better people through his Batman character which I believe it was the first super hero television show I saw on television.

The Adventures Of Superman that starred the late George Reeves who is not related to Superman movie actor the late Christopher Reeve played before I was born since it was on television in syndication from 1952-1958. As far I know, I never saw the reruns of the television show when it played in Panama either on the Panamanian or the Southern Command Network (SCN) which was the station branch of the Armed Forces Radio And Television Services (AFRTS).

Thanks for the memories Adam. See you in the next lifetime since the old saying in life is true from the late Peter “Yogi” Berra who was the former catcher of the New York Yankees which is “It ain’t over till it’s over.”