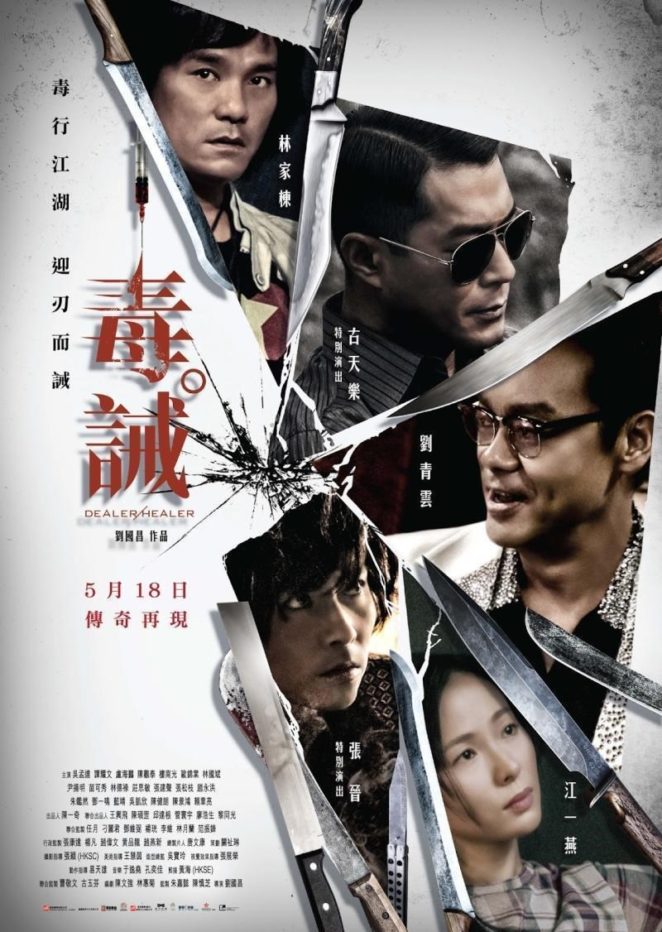 ellie925 have started a very meaningful challenge whereby Virilyans help each other out by sharing knowledge. It doesn’t matter what kind of knowledge, be it some tips and tricks, life lessons or even useful apps and sites.

I myself, enjoy watching movies, and hence would like to help by writing reviews about them. Anyway, if you’re interested in the challenge, you can find out more about it >>> Sharing is Caring

Dealer Healer (2017 Chinese Movie based on a true story)

I was pretty excited when I know that Jiang Yiyan was casted in a movie alongside big names like Sean Lau (Ching-Wan), Gordan Lam, Zhang Jin and Louis Koo.

Before watching the movie, I made no effort to find out about the plot and I didn’t even watch the trailer. I want to be surprised since I know I’ll be watching it no matter what (I’m a fan of Jiang Yiyan). It’s a gamble and I think I lost.

The film is your typical turn over a new leaf kind of movie, but it is one that seems to lack focus and direction. The film seems to be pieced up with a little of everything that I find it hard to find a message out of it.

The first half of the story starts out in the 60s when Chen Hua and his 2 friends, Cat and Bullhorn were still youngsters who love to create trouble. Stealing and fighting is common for them. They called themselves the “13 Tai bao”.

When they grew older, Chen became a drug dealer working under Harley in the chaotic Kowloon Walled City. He smuggled drugs out and let his 2 buddies sell them in another area. During this time, the trio were addicted to drugs too and Chen often gets into fight with his girlfriend, Carol over his addiction.

Their little drug smuggling was eventually discovered by Harley who then decided to spare their lives by letting them get arrested and thrown to jail. Chen spent 5 years in jail and when released, quickly picked up his addiction again.

I consider this the end of the first half, and also the end of the “good” parts. “Good” because they’re good only when compared to the second half. I don’t feel the story telling is well done, with the story moving too fast and often leaving things unexplained.

Maybe the team focused too much on creating the chaotic state of Kowloon Walled City in the 70s. The details in the costumes, the hairstyles, the buildings and streets and even the bathrooms is so eye catching that I can’t help but think that maybe they placed their efforts in the settings but not the story telling or character development. That’s pretty sad, isn’t it?

The second half shows Chen quitting drugs and then working in a rehabilitation center and going around giving speeches to help people quit. And this is also where the story took a bad turn.

The plot starts to get all over the place with Cat contacting cancer, Chen trying to get Carol back, Chen playing mediator between conflicting groups (sometimes mafia groups) and then some politics in the center Chen works in. There is just no focus.

I think the worst part of the second half have to be that there wasn’t a clear turning point or rationale behind Chen’s sudden decision to quit drugs. There is this one scene whereby a longtime druggie died in front of Chen and Chen was asked to “take care” of his body.

But that scene wasn’t well done and the message (if any) is just not getting across neither did it stir any emotions. Hence, Chen’s decision just seems sudden and illogical.

Dealer Healer is a disappointment. The cast did their best but no amount of good acting could save it and I find it a pity that such an inspiring story is put to waste.