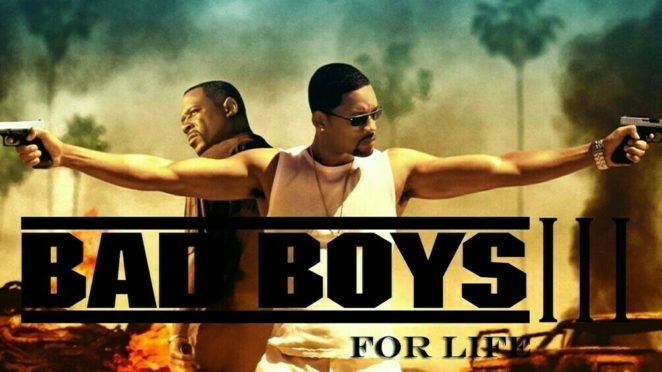 “Bad Boys for Life” is an old school, a franchise that featured spectacular action and relevant, pointy humor. The film dilogy gave us the magnificent duet of Will Smith and Martin Lawrence. Only for the sake of these two guys you can watch the movie! They felt chemistry, and always had a special relationship, like old friends who had known each other for a long time, and therefore they had something to say to each other, but also could not imagine life without each other.

The second part was released back in 2003. It is completely unclear what to expect from the third part of the film. I, as a fan, have long been waiting for the third film. I waited and was afraid that it would not be “Bad Boys” anymore. I could not believe that they would repeat the formula again, that I would be hooked again.

These films had a special atmosphere: a cool duet – a unique buddy movie, a lot of jokes, busting action games, and light stories. And then the trailers came out, I watched the film, and I want to say that it really turned out to be great!

“Bad Boys for Life” is an awesome cocktail of jokes, action, and drama. These components combine to make a great movie that is fun to watch. The film can even be called an independent part, although if you watched previous films, you will get stronger emotions. The jokes are funny, from some you can laugh out loud, even if the motive of some is repeated. The authors show a good drama with plot twists that you simply don’t expect. The script can be called bold, albeit with cliches, with silly moments, but this is a sequel that is not afraid to experiment.

The film is the best example of a sequel! Unknown directors pulled the franchise out of nothingness and breathed new life into it! Two hours fly by quickly and in the end, there are only positive emotions. For me, this is the best part of the franchise! I certainly did not expect this.