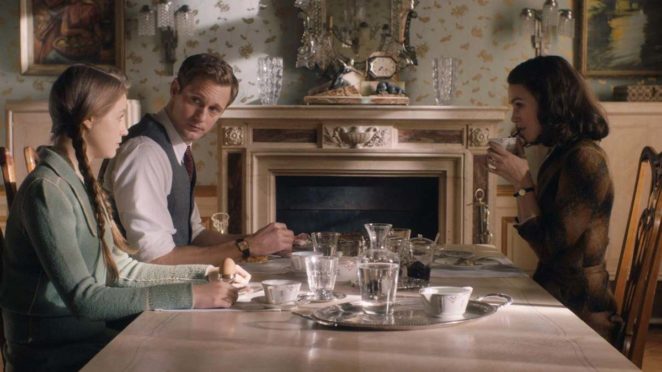 It is serious films. The film is psychologically difficult to understand. Here it is necessary to think carefully about the actions of the characters, which bribed me. And the plot is excellent. War is war, but survivors live on, and how exactly is another question. After all, the consequences of devastation are terrible not only externally, but also internally. How many broken fates…

The main thing is not to change yourself. And learn to overcome transient difficulties. And learn how to correctly and soundly prioritize. That is what the movie says. I was personally hooked by the fact that the “Consequences” are reasonable … Real heroes. And they act, succumbing not to romantic ideas, not to the heart, but to the head and meaning.

In addition, it was interesting to observe the relationship of married, adult people. Despite the fact that “The Aftermath” is presented as a love story, the concept of the film is more connected with grief and its acceptance than with romance. In fact, forbidden love, which seems to be in the spotlight, looks cold and unemotional. The Kira Knightley and Alexander Skarsgård are excellent dramatic actors, but the project with their participation, involving sexual chemistry, turned out to be brackish: the actors are able to convey sadness and pain, with which the film is filled, but not happiness or passion.

All in all, this film is not for everyone. Someone may not understand the idea that the director wanted to convey. Someone will understand, but not true. But I still recommend at least one thoughtful film to watch in your life. Especially this should be done by family people.