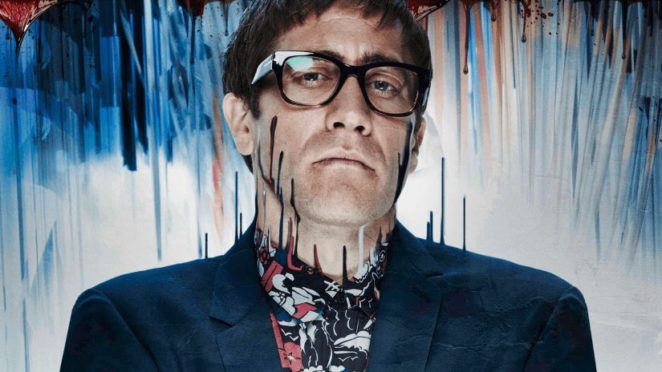 “Velvet Buzzsaw” is the third directorial work of American screenwriter Dan Gilroy. He invited the great Jake Gyllenhaal and his equally wonderful wife Rene Russo to take the lead roles. In addition to them, Tony Collett and John Malkovich starred in the film.

This film tells about the world of contemporary art, makes fun of it, shows the backstage cuisine of museums, studios, and galleries teases over the art hangout, and raises criticism over the artist. But Dan Gilroy does not just shoot a satirical film, but a sort of horror film about art saturated with irony and sarcasm.

You can’t call “Velvet Buzzsaw” a typical horror movie with puddles of blood, various screamers, and an ominous atmosphere. Although blood and one very expressive red puddle are still present here. The director deliberately plays with the genre and uses its elements only to expose contemporary art.

Where is a masterpiece, and where a lot of garbage cannot be understood even by an art consultant, and a talented artist must, first of all, create for himself, and only then can he create a masterpiece? It is possible that in a world where a critic comes first and a crowd of greedy art dealers, there is simply no place for a true artist.

On the other hand, the torment of creativity, too, has not been canceled. And in order to write something great, you need to sacrifice something. Dan Gilroy, as an excellent screenwriter, competently weaves into the plot and the mystical component with animated paintings. We can say that this movie was made using various techniques and looks completely different depending on lighting and distance.

In addition, the brilliant, as always, acting work of Jake Gyllenhaal allows you to plunge headlong into the world of great and terrible modern art.