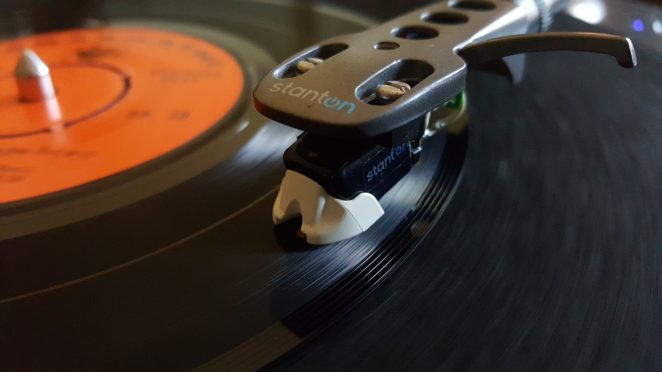 You know how there are tunes which just remind you of something you’ve already heard before? I’m not talking about the songs like “Blurred Lines”, which infamously became one of the most popular “rip-off” songs, thanks to the entire process of Marvin Gay’s family and Bridgeport Music’ lawsuit and authorship questions Robin Thick and Pharrell Williams went through. This article is dedicated to those tracks which stuck in your head and make you question about where did you hear that tune previously, or, maybe even leave you thinking that it’s entirely different song you’re listening to, a song you already partly know, without realizing it’s actually another one, the one you’ve never heard before.

For instance I still believe “Bailando” by Enrique Iglesias, featuring, well a lot of people, and “El Perdón“ by Nicki Jam and the main singer of the previously mentioned track are the same song. There’s also this part in “Cold Water” by Major Lazer (feat. Justin Bieber & MØ) which kind of reminds me of something else. It’s that quite Backstreet boyish element which starts somewhere around chorus, right when Bieber’s vocals begin the lines “And if you feel you’re sinking, I will jump right over into cold water for you” and, I would be more than grateful if someone will help me with solving this mystery consisted of my ignorance of which this particular part of the tune reminds me of.

In a world ruled by capitalism in which mass-production is welcomed and needed in every sphere of the society, even culture, and, therefore music, it is entirely understood how recycling successfully proven methods became widely spread by the industries and cheerfully greeted on daily basis by the majority of the population.

(1977), co-written by Iggy Pop and David Bowie, and its opening drumbeat became well-known among the representatives of my generation thanks to being the “Transporting” soundtrack and a part of Jet’s “Are You Gonna Be My Girl”(2003). Not only that the drum pattern(s) of these songs sound extremely alike. but their guitar riffs are nearly identical, so there’s no wonder why “Are You Gonna Be My Girl” is constantly cited for similarities with Pop’s tune. But here’s where things get a bit more complicated.

If you were to concentrate on “Lust for Life” only, you were to realize the well praised drum rhythm is far from original, as it was derived from “You Can’t Hurry Love” by The Suprems and “I’m Ready for Love” by Martha and the Vandellas. Pop and Bowie were opened about using these tracks, both realised in 1966 with strong Motown Sound, as their starting point, which was once again proved in Jet’s interview for Uptown Magazine.

Talking to Jared Story in 2009, Jet’s drummer Chris Cester mentioned the media’s treatment “Are You Gonna Be My Girl” was receiving and its constant comparison with “Lust for Life”. Referring to his meeting with Iggy Pop, Cester said:

It’s funny because I asked him point-blank about that. He said I was crazy. He said that when he and David Bowie were writing “Lust for Life”, they were ripping off Motown’s beat. It’s funny that he said that to me because we also thought we were ripping off Motown more than “Lust for Life”. To be honest with you that kind of annoyed me a lot, because I always thought it was really lazy. People just go well Lust for Life is more well-known so that’s what they go for, but if you listen to a song like “You Can’t Hurry Love” (The Supremes) I think you’ll find its closer to “Are You Gonna Be My Girl” than “Lust for Life” ever was. And that’s what Iggy said as well.

Now how did we menage to get from musicians borrowing from each other to journalists failing in doing a proper research? That phenomenon most be widely spread, even more than the songs that just sound alike.

You see I was not to put these two on the list at all, mainly because I consider “Ice Ice Baby”(1990) by Vanilla Ice to be the case of sampling the bass line of the Queen’s and David Bowie’s duet “Under Pressure”(1981). After all eventually Van Winkle, also known as Vanilla Ice, was forced to pay David Bowie and members of Queen, which resulted in giving them songwriting credits for the sample.

Alas, it seemed as Vanilla Ice wasn’t that jolly about giving the credits for the song to those who deserved it, at least not at first, which makes this pair perfect for this list. In a 1990 interview, Vanilla Ice claimed the two melodies were slightly different because he had added an additional note, an anacrusis, which he refered to as a pickup, between odd-numbered and subsequent even-numbered iterations of the “Under Pressure” sample

Even though Ice did indeed changed his mind and admitted to sampling the song, something that was more than obvious, there is a moral to this story, or better yet a terrifying question. How many “artists” are willing to simply change one note of an already existing song and claim it as their own? The answer to thins question could be demoralizing.

Speaking of one note difference…  Now both Red Hot Chili Peppers and Tom Petty are incredibly talented artists in their own way, but somehow Stadium Arcedium’s single “Dani California”(2006) and Petty’s “Marry Jane’s Last Dance” (1993) show startling similarities in chord, progression and key. Although the songs progression sound enormously alike, they do in fact differ in one note. While Petty’s track follows “Am, G, D, Am” (A Dorian mode), Red Hot Chili Peppers’ song follows “Am, G, Dm, Am” (A minor). The one-minute guitar solo at the end of “Dani California” also happens to be an adaptation of Jimi Hendrix’s intro to “Purple Haze”, with the effects kept very close to the original.

If by now you are not aware of the amount of Tom Petty’s influence on today’s music, just ask The Strokes, who openly admitted to using his riff for “American Girl” (1976) as the basis for their “Last Nite”.(2001) Not convinced, yet? Well, then ask Sam Smith.

According to Sam Smith, he had never heard Petty’s “I Won’t Back Down” (1989) before writing “Stay with Me” (2014), nevertheless that didn’t stop these two songs’ chorus’ melodies to sound significantly alike. After listening to the song, Smith acknowledged the similarity, assigned it to coincidence and gave co-writing credits to Tom Petty and Jeff Lynne.

Tom Petty made sure to point out he never thought Sam Smith plagiarized him and, once again shown his greatness, just like in the case of the two previously mentioned songs inspired by Petty’s work, for which he never went for a lawsuit.

There’s a moral to this story as well. If you’re going to steal, or, get inspired by someone while making music, make sure it’s Tom Petty.

See you in the next post with yet another sound-alike songs. x