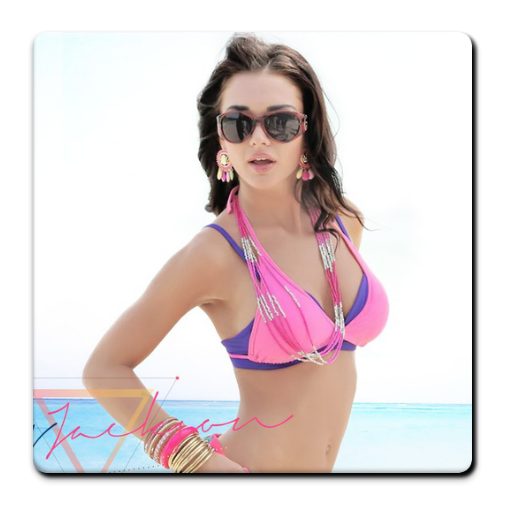 Do you heart Amy Jackson?

Do you even know who Amy Jackson is?  She’s an actress.  OK.  Yeah.  She’s a hottie!  I discovered her by accident, because of two music videos on YouTube.

Watching the music videos peaked my interest.  Had to seek and find what movies these videos were associated with.  I was extremely pleased with the results of my treasure hunt!

♥  But first, let me share a little background info about Amy Jackson.

Her nationality is British; born on the Isle of Man and grew up in Liverpool.  She was the winner of several beauty pageants including Miss Teen Liverpool and Miss Teen World.  At the age of16, her modeling career began.

Her acting career blossomed almost instantly when she caught the eye of director A. L. Vijay who thought she looked like a perfect fit to play the part of the leading lady in a Tamil language historical period drama.  (He was right!  IMHO.)

She has appeared in several Indian films and is currently included in the ranks with other female Bollywood superstars.  She is also included alongside female superheroes.  She is Imra Ardeen / Saturn Girl in the popular American TV series “Supergirl”.

♥  And now the moment you’ve been waiting for.

The two South Indian (Tamil) films discovered after watching the related music videos, that made me join the Amy Jackson fan club are:

What hooked me?  I’m a sucker for romance.  Both were love stories.