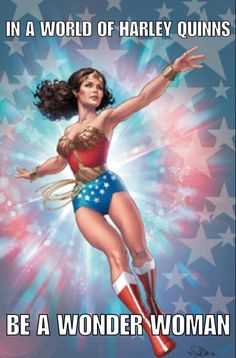 There is an old saying that goes “It ain’t how you start, it’s how you finish.” Despite all of the negative talkers saying that Warner Brothers Studio was going to have a tough time getting a female heroine who made her comic book debut in 1941 to have a motion picture that would be a success.

So far the Wonder Woman movie that will make its debut in theaters this weekend has drawn a lot of positive reviews from her fan base who have seen the movie this past week. There were many negative thinkers saying that a lead female who is an icon to females would fall down in the box office faster than PBS Kids hero Wordgirl can say “Word Up!”

Okay so I have never heard of actress Gal Gadot who plays Wonder Woman in the 2017 movie that will be in theaters this week. I understand that Ms. Gadot impressed the fans of the Warner Brothers movie “Batman vs Superman: Dawn Of Justice” which came out in 2016 which may have propelled the success of the Wonder Woman movie in 2017.

I am sure the powers that be at Warner Brothers Studios are breathing a sigh of relief that despite the fact that the Wonder Woman has been banned in Lebanon since Ms. Gadot is a native of Israel, the fans of the iconic super hero have filled up the theaters in droves to cheer on Wonder Woman.

And now to add my sense of humor which has gotten me in trouble with some websites which have my material “spam” due to my Hispanic and American view of comedy goes like this: Will the Wonder Woman movie steal the thunder of the 2017 NBA Finals?

Image is from Pinterest.com and some of the information is from Wikipedia.com