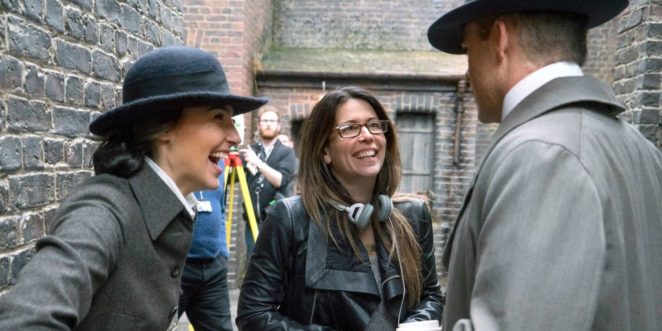 The good news for fans of Wonder Woman is that the director of the hit movie that saved Warner Brothers Studio Patty Jenkins has signed a deal to co-write along with Geoff Johns, produce and direct the sequel to “Wonder Woman”.

Barring any unforeseen circumstances, the sequel to the first “Wonder Woman” movie that stars Gal Gadot as Diana Prince/Wonder Woman will be released in theaters on December 13, 2019.

Many comic book fans have gone on record as saying that Jenkins has the magic touch to bring the Wonder Woman character to life in a movie better than any director of super hero movies which is one reason I am happy that Jenkins will be allowed to direct the sequel to a D C Comics super hero icon who is part of the Big Three D C Comics hero roster of Superman, Batman and Wonder Woman.

I am sure that Jenkins is looking forward to prove that her work of directing the first Wonder Woman movie to a huge success in the box office was not a flash in the pan but proof that the movie audiences are ready for female super heroes to make it on the silver screen.