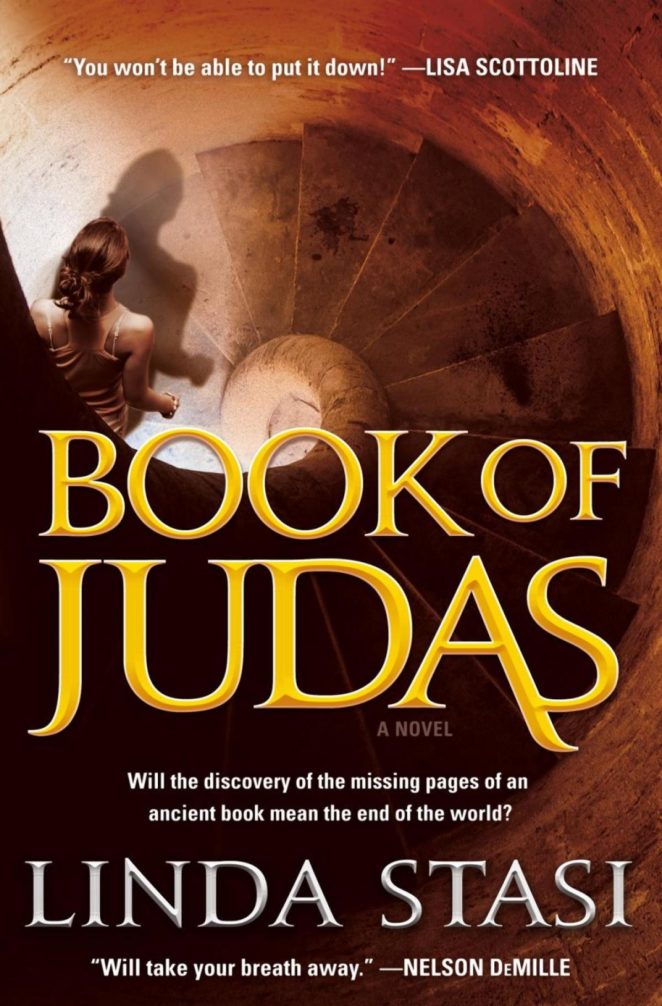 Continuing on from her first hidden religious mystery, The Sixth Station, in which she clearly established the identity of her lead female protagonist, Alessandra (Ali) Russo, as well as her own penchant for mysteries of this order, the Book of Judas (Forge Books; ISBN-10: 0765378752; ISBN-13: 978-0765378750) confirms once more that Linda Stasi is a writer of note. In common with her feisty heroine is Stasi’s own widely ranging background as a popular and well-read columnist for some of the key publications in the land, including, most notably, the New York Daily News and, previously, the New York Post. Many have come to draw parallels between Dan Brown’s The Da Vinci Code and Stasi’s own work, with the exception that the latter is most definitely female-dominated. Even so, her male characters have an innate strength of their own, with her close friend and confidante, Roy Golden, heading the pack in this respect. A highly sensitive and emotionally torn gay man, he has had to grow up with substantial emotional abuse from his father. Having withstood years of degradation from the latter, his delight on his father’s death is portrayed with empathy and understanding. No shrinking violet, he is pictured as being capable of taking out an opponent with a single punch. Stasi appears to revel in the warmth of the relationship between Ali and Roy, which goes some way to indicating the depth of her own emotional feelings towards life—not for her the cold objectivity of the stereotypical journalist, but rather she appears to enmesh herself in, and to relish, the intricacies of life, as, too, does her female lead.

The detailed research that Stasi undertook to make the Book of Judas authentic in tone took her right to the heart of Vatican City and the sometimes hypocritical ethos that underlies the associated pomp and ceremony. Having a close personal relationship with a former top member of the Vatican, allowing her extraordinary access to the innermost secrets of the Roman Catholic Church, has given Stasi incomparable insights into the ecclesiastical way of thinking and its many pitfalls. Seen from a woman’s standpoint, instead of that of the traditional patriarchal authority, the questioning that ensues of long-held dogmas and beliefs contributing to the mysticism that surrounds such a publicly ostentatious and inwardly deeply troubled institution makes for riveting reading.

The Book of Judas should appeal to all those who appreciate fast-paced action and racy dialogue, set against a backdrop of international intrigue ranging from New York City to the very heart of Israeli heritage and culture. With her previous novel having papacy-verified research, Stasi’s willingness to travel far and wide in her search and to brave dangers that many would not be prepared to face so as to be able to uncover the possibilities of long-lost sacred relics and divinely inspired writings can only auger well for the future—she assures her readers that this book will most definitely not be her last featuring her dauntless heroine and fictional comrade-in-arms.