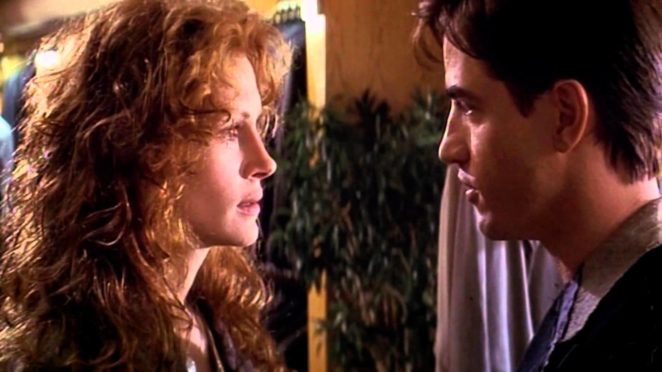 Here are five romantic movies of all time in random order (my personal choice),, but I admit, I am a Julia Roberts fan:

Julia Roberts is known for romantic movies, but  unlike the Pretty Woman the ending of the story is not  happily ever after. Her Bestfriend Michael married to another woman played by Cameron Diaz.

Richard Gere and Julia Roberts played the role of the modern Cinderella where a rich millionaire falls to a woman in the street. Just like the prince and Cinderella, they lived happily ever after. Pretty Woman is the first romantic hit movie of Julia Roberts which brought her into stardom.

Remember Julia Gulia? That is the name of Drew Barrymore if she had married her boyfriend. Adam Sandler and Drew Barrymore teams up for the first time then later on with “First 50 Dates” movie. The Wedding Singer is a feel good movie with a great song sung by Adam Sandler himself, “Grow Old With You”.

This movie was a big hit in the 80’s with Patrick Swayze and Jennifer Grey in leading role. They played a modern Romeo and Juliet, a romantic drama where love is against all odds. Patrick Swayze is a prolific actor and dancer which  was gone too soon but  his movies lives on.  He sung “She’s Like the Wind” for this movie.

Titanic is a gigantic movie directed by award winning  director James Cameron. Leonardi Di Caprio and Kate Winslet made a mark on their roles. The soundtrack album was also a big hit with the song “My Heart Will Go On” by “Celine Dion.  Until now,  the movie is also being watched by younger generations. I like the passionate acting of Di Caprio.