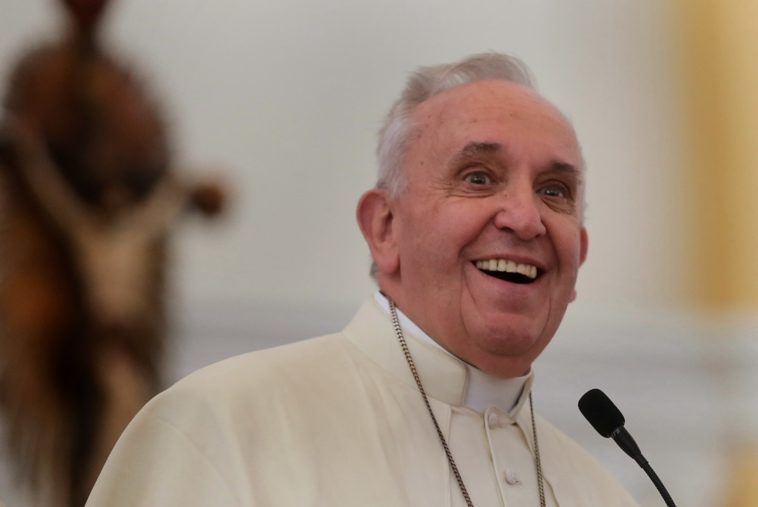 In observing the current state of the Catholic Church and how secularism guiding the church and the confusion coming from Pope Francis and others, Cardinal Burke made the following speculation:

Then perhaps we have arrived at the End Times.

There are some very vocal Catholics on Facebook and other social media claiming that, if cardinal Burke is indeed correct, then Pope Francis is the prophesied last pope, Peter the Roman.

Who Is Peter the Roman?

Peter the Roman (Petrus Romanus) is not a name you will find in your Bible. Neither is he part of the unwritten Apostolic Tradition of the church. What we know about him comes from a couple of prophecies given by mystics during the history of the Church. As such they are private revelation and not binding on any believer. In short, you can accept it or reject it.

The first time we hear of Peter the Roman is in the dubious prophecy of St. Malachy. (I say dubious because there is absolutely no evidence that he actually penned this “prophecy”.) According to this work, the last pope is identified as Peter the Roman. Since it does not include names for any of the future popes it claims to prophesy, this does not necessarily mean that this pope will take the name Peter II.

“St. Malachy” on Peter the Roman

This prophecy does not give us much to go on:

“In the final persecution of the Holy Roman Church, there will sit Peter the Roman, who will pasture his sheep in many tribulations, and when these things are finished, the city of seven hills [Rome] will be destroyed, and the dreadful judge will judge his people.”

Based on this it appears that Peter the Roman would be the pope of the Great Tribulation. At the end of his pontificate Rome will be destroyed and Jesus, described here as the dreadful judge, will return.

Other Prophecies Regarding Peter the Roman

Elizabeth prophesied a series of purifying punishments which would be followed by Saint Peter’s return on a majestic papal throne together with Saint Paul. Together they will go through the world shackling the devils and bringing them before Saint Peter, who cast them back into the dark caverns from where they had come.

She writes, “Then a beautiful splendor came over the earth, to announce the reconciliation of God with mankind.”

“The small flock of faithful Catholics who had taken refuge under the trees will be brought before Saint Peter, who will choose a new pope. All the Church will be reordered according to the true dictates of the holy Gospel. The religious orders will be reestablished and the homes of Christians will become homes imbued with religion.

“So great will be the fervor and zeal for the glory of God that everything will promote love of God and neighbor. The triumph, glory and honor of the Catholic Church will be established in an instant. She will be acclaimed, venerated and esteemed by all. All will resolve to follow Her, recognizing the Vicar of Christ as the Supreme Pontiff.”

“After the three days of darkness, St. Peter and St. Paul, having come down from Heaven, will preach in the whole world and designate a new Pope. A great light will flash from their bodies and will settle upon the cardinal who is to become Pope. Christianity, then, will spread throughout the world. He is the Holy Pontiff, chosen by God to withstand the storm. At the end, he will have the gift of miracles, and his name shall be praised over the whole earth. Whole nations will come back to the Church and the face of the earth will be renewed. Russia, England, and China will come into the Church.”

None of the prophecies regarding Peter the Roman paint him as being evil or even incompetent. In fact, under his papacy, people are said to be returning to the Catholic Church in droves. That is certainly not the case today. The Catholic Church is bleeding members while Evangelical Protestantism is growing. I see this trend continuing for the remainder of his papacy at the very minimum.

The prophecy given by Elizabeth Canori Mora is certainly false and should be disregarded given that it is Michael the Archangel, not Peter and Paul, who, according to Scripture, is the being who is fighting Satan and his demons (Rev 12:7).

Also, evidence supporting the existence of Peter the Roman at all is sketchy at best. Nothing about him is found in Scripture of the teachings of the Apostles. You would think that such important a figure would not be so hidden.

Wikipedia: Prophecy of the Popes