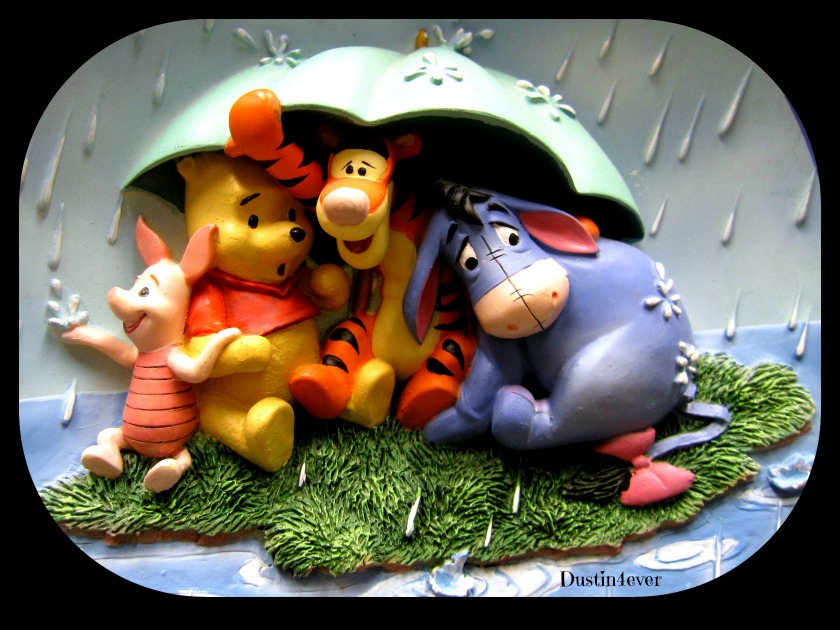 Plaque belongs to me and is hanging on my wall. ©CarolDM2016

Oh Bother (as Pooh Bear would say), I missed out on Winnie the Pooh Day. It was yesterday, January 18th. I am a huge fan of the Disney character Eeyore (the blue donkey) and am not sure how I missed the day! I think every day should be Eeyore day, and the other characters as well. Tigger, Pooh Bear, and Piglet. They are all such fun little characters.

Winnie the Pooh Day is celebrated January 18th, which is the birthday of author A.A. Milne. Winnie the Pooh first appeared on the printed page in 1926, together with friends Piglet, Tigger and Eeyore. All of them were based on toys owned by the author’s son, who also featured in the famous stories as Christopher Robin. The character later starred in a series of much loved Disney films.

Some of my favorite Pooh quotes are:

A little consideration, a little thought for others, makes all the difference.