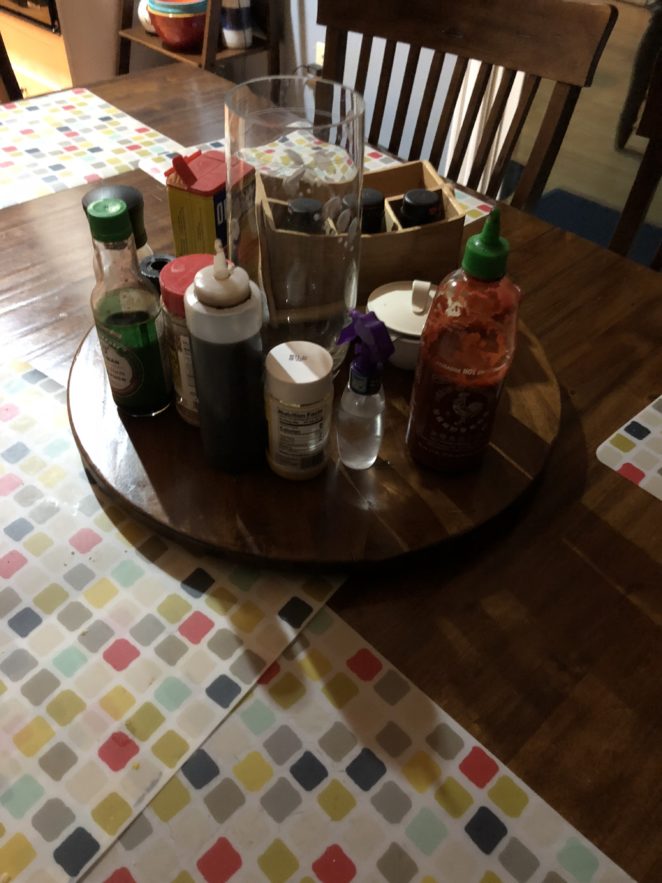 I was relaxing and having breakfast yesterday at the Kitchen Table. I don’t know why my mind sometimes wanders to thoughts and bizarre questions. Yesterday is sitting there at the table I realized how our table had changed. Many years ago when the twins were little we had nothing on the easily reached counters or tables that could be spilled, ever! Are The kitchen table (and the area on the counters that toddler hands could reach) were always clear. In part, because there was a time (it is going to be over someday) when if they could reach they did reach. Both of them, madly scampering off in different directions after spilling something, once again. The maniacal giggles enough to make you crazy!

Then, they stopped grabbing everything. But the family changed as well. We moved from fish sticks and frozen French fries to eating healthier. Then we moved to Maryland. It is state law (it isn’t I am kidding) to have Old Bay on every table in Maryland. First of all, when we moved here, I did find out that Old Bay isn’t freeze-dried Chesearpke Bay water, it is a mix of seasoning and spices. Normally served on crab (and by served on, I mean coated). We now have people in the house who love spicy. So there is Siricha on the table for all meals. There is a shaker of Ghost Peppers for the really brave. There is, the aforementioned Old bay and finally the traditional salt and pepper.

All on the table. All, ultimately not spilled every single day.

My how our world has changed!

(Oh brave new world, to be able to have things on the table that don’t get knocked over).

Anyone can join the photo challenge – and you don’t even have to be sarcastic!