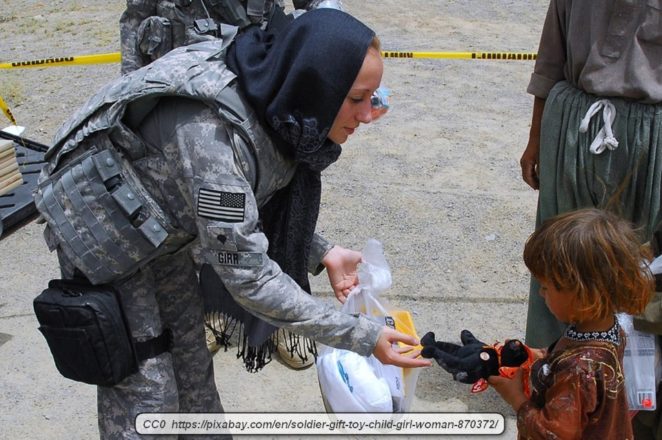 A lot of people may wonder what being kind has to do with living longer. Certainly, laughter can lead to a longer life, as mentioned in the article about laughter being the best medicine. However, laughter and kindness aren’t the same things, so why would we live longer if we are kind?

Kindness can be words, minor actions, major actions, or in both giving and receiving. Kind actions are those that are taken with empathetic compassion. When we are kind to someone, we consider the person’s feelings and what they are going through, then act accordingly.

The opposite of kindness are actions based on pride, selfishness, or self-centered arrogance.

The Bible goes so far as to teach that people should be kind to one another at all times and to avoid pride, which is sinful. In fact, the Bible ties love and kindness together closely.

Kindness is basically doing something for others without the expectation of getting something in return. It is safe to say that we’ve all experienced true kindness and most of us have expressed kindness in one way or another to other people.

How does kindness help mentally?

Giving and receiving kindness is helpful on more than a biblical or spiritual level. When you do something kind for someone else, or receive a kindness from someone else, the brain responds by releasing the neurotransmitter, dopamine.

This was discussed in the article about laughter because it is the same natural chemical that is released when you laugh. Dopamine is the “feel good” brain chemical that stimulates the pleasure center of the brain. This is the reason that we feel good when we are on the giving or receiving end of an act of kindness.

Dopamine is primarily responsible for the elated or euphoric feeling long distance runners get, known as the ‘runner’s high’. It is also the main neurotransmitter that leads to sexual euphoria during orgasm. Additionally, people who get a boost of dopamine often say things like, “I’ve got my second wind now!”

The mechanism that produces the dopamine is the release of “endogenous opioids”. These are produced in very small amounts, but they have an exceptionally strong analgesic effect, similar to morphine, which is an opioid that isn’t produced naturally by the body.

What this means is that being kind can help ease pain in your body! Indeed, there is strong evidence that people who aren’t often kind are much more likely to suffer from body aches and pains of all sorts. Incidentally, the endogenous opioids have also been shown to directly reduce inflammations, as well.

The ‘feel-good’ feeling that we get when we perform acts of kindness don’t just produce dopamine. It also produces a hormone called oxytocin, which spreads through the brain and the rest of the body.

New studies show that oxytocin reduces the number of free radicals in the body. Free radicals are major causes of aging, illness, and cancer. Thus, being kind not only slows the aging process, it also helps to prevent and to fight cancer.

Kindness and the heart

As pointed out by Dr. David R. Hamilton, several recent scientific journals show that there is a very strong connection between compassion, kindness, and activity of the vagus nerve. The vagus nerve is responsible for heart rate regulation and it controls inflammation in the body.

Additional to this, the oxytocin that is produced cause the release of nitric oxide (sometimes called ‘laughing gas’). Nitric oxide makes the blood vessels dilate, reducing blood pressure.

It has been shown that kindness also produces the hormone called serotonin. Serotonin is responsible for how happy we feel. Although this isn’t the same as the feel-good euphoric feeling of dopamine, it works together with dopamine to produce the feelings of joy, tranquility, and overall happiness. Serotonin has a calming effect.

There is a saying that goes, “It is better to be kind than to be right.” That is, it is better to accept another person’s point of view in a kind way than it is to argue. Kindness does far more than this, though. Being kind not only helps you and those around you psychologically, it also helps physically.

If you want to live longer and feel happier, be kind. Once this becomes a habit, you’ll be amazed at the difference in how you feel; both emotionally and physically. We could all learn to be more kind than we are, right?