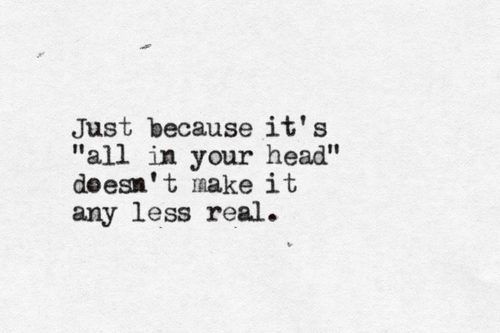 Well, hello there my little depressed heroes and welcome to the sequel of my first post dedicated to my battle with depression or the daughter of some bitch and the Devil as I like to call it. If you’ve missed the first one and are interested in finding out what kind of words of wisdom I was willing to share with you just click here.

Now, let’s move one with this story with a huge hope that this will serve as of a help or inspiration to all of you who have fined yourselves lost in the battle with this devious mental illness. 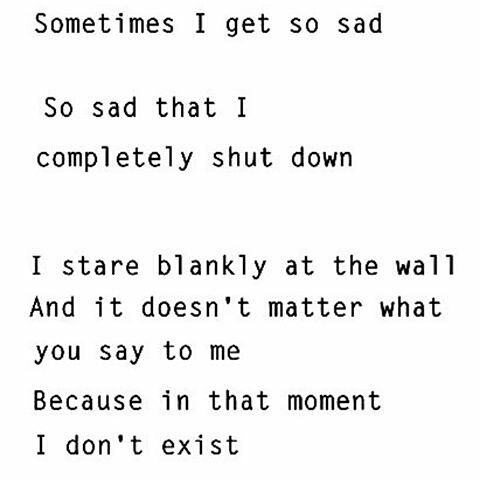 If you’re seeking for a step by step guide how to take your life in your own hands again, I am very sorry to inform you that I can’t provide you with what you’re looking for. I’m pretty sure that by now you’re more than aware of the fact that curing depression is individual for everyone. Therapy, medication, life style changes, exercise, nutrition, stress reduction, social support and well deserved sleep are just some of the many ways of getting yourself out of the hands of Hades’s daughter, which you probably already know, thanks to the numerous times you googled your symptoms or tried to help yourself with searching the Internet.

Unfortunately, I can’t tell you what methods will work for you, but what I can do is share my carefully and painstakingly acquired knowledge of the things I’ve learnt after entering the gates of Hell. So, welcome to my Chamber of Secrets which depression made me learn.

1. Never Justify Yourself to Anyone, Not Even Yourself.

I’d been wearing a social mask for more than two years, so it was hard for people to realize something was off. I was using humor and sarcasm as parts of my shield. Alas, my self-preservation system of portraying my old self failed me, and when the mask fell off, people noticed and even suffered from the bitterness and emptiness I carried in me for a long period of time. That’s when the things started to change.

My friends, the real ones, the ones I can still call in 4 a.m. for no reason, did their best in attempting to protect me from those oxygen thieves I previously mentioned, but, as history and our own experience have already though us, the minority can rarely win.

There were situations in which I would be sitting at a cafe during the break between lectures, feeling down, wanting to escape from that place, that town, those people, that life I was having, staring at a single spot with no physical movements at all, trapped in my own thoughts of hating life and wishing for death, when all of a sudden I would be pushed by someone’s elbow and asked: “What’s wrong with you?”, with a strong and extremely negative emphasis on the pronoun “you”.

Don’t justify yourself to those living creatures. Those are the same people who will tell you that it’s all in your head, paraphrase some inspiring story about a person surviving some disease with no cure, about their suffering, how they must have had it much worse than you do, how someone’s family was killed in a car accident and if they could put themselves back on their feet, so can you, because their amount of sadness, the only emotion they consider depression to be consistent of, must had been far stronger than yours, etc. 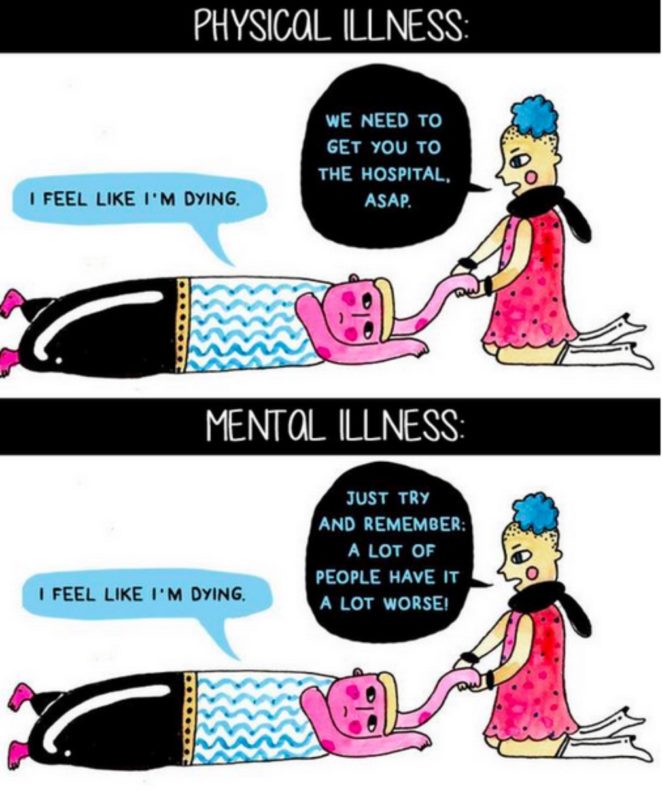 No disrespect to any of the people who had gone through something I’ve mentioned in the previous sentence, I applaud you for that, but this is not going to help anyone suffering from depression. Those words will just make them feel more guilty, more ashamed of themselves for feeling like they do for “no reason”, more incapable and not worthy of living.

You, my depressed fellows, don’t snap at those ignorant people. Maybe they’re just trying to help. They’re failing at it miserably, but who knows what their motives are. After all, they’re not worth of your precious and not that existing energy. Save it for the fight with the real enemy.

For some reason mental illnesses are still not recognized as “real” and “severe” by the majority of people, at least not the ones I was forced to be surrounded with. Even if they do consider them as existent, they will not glorify them as they do with physical illnesses and disabilities, and, when it comes to depression in particular, they’ve constructed this idea of some kind of a trigger which sends a person to this Hell on Earth. For instance, people going through break-ups were getting much more support than I was, due to the fact there was a reason for them to be sad, and, apparently, I had none.

Yes, triggers do exist, for some people, but not for everyone. You can have your perfect little life, as I did, succeeding in everything you ever wanted, when all of a sudden you find yourself trapped in the “hunger games” your brain is playing with you. I can’t count how many times I asked myself “Why is this happening to me?”, “What’s wrong?”, “What did I do to end up like this?”, “Why me?”. Trying to solve those mysteries was a part of my daily ritual. Sadly, my knowledge of Agatha Christie’s work and Sherlock Holmes’ methods didn’t help in resolving the crime of life turning against me. Don’t seek the answers to those questions. Don’t get trapped in the vicious circle of decoding the reason for the chemical reaction in your brain, like I did.

Depression doesn’t discriminate. No one is safe from it. And, going through the same and pointless questions with no solid answers, over and over again will not help you. On the contrary, it will make you feel even worse, even more isolated, guilty and less confident than you’re already are.

Going through those questions also leads to another one, the most scary out of them all. “What’s the point?” When that one comes along, run away. Run as fast and as far as you can. You are not in the right state of mind to answer that question.

The fact is, the point is out there. I’m not gonna lie to you, it will take you a long time to find it. But, once you do, you would realize that no matter how paradoxical it sounds, depression is the best thing that had happen to you, because it lead you to the place where you finally found your true self.

Therefore, as the famous campaign and “Trainspotting” catch-phrase says “CHOOSE LIFE”. But before that, CHOOSE YOURSELF AND FUCKING FIGHT WITH EVERYTHING YOU’VE GOT!  Just remember, step by step. Rome wasn’t built in a day, was it?

That’s it my dear readers, my very own first advice to all of you and the first lesson depression has thought me.

See you soon with the second advice. I do hope these words were helpful and educational as well.