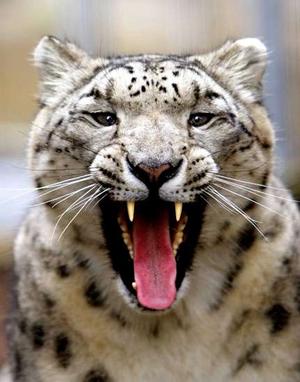 The traffic was yet moving at normal speed. It was then that the winds and thunders got the company of rain which turned from mere showers to a belting outpour. ‘Lashing rains’ might just be a phrase in language but here the rain was indeed lashing. Its impact left the bodily pain and numbed the heads of those exposed as the rain water was freezing as well. Fast enough the subway was inundated and then to everybody’s horror not one but two heavy duty truckers, approaching from opposite directions, got stuck up in subway flooding, halting traffic on both sides. Queue elongated to miles as vehicles lined up inch to inch on either side of the subway. Stuck up commuters began the swearing game muttering loss of time and appointments as prime causes and almost everybody was on edge and fidgety.

There was another over bridge above the snarled one and which lead to a suburban part of the city. It crisscrossed almost diagonally over the one in trouble.It had free flow of traffic and those stuck up in snarl and near to it had nothing better, as a pass time, than to see vehicles pass at raging speeds in pelting climate. Racing vehicles often raised ferocious sprinkles from water pools on the road above. These worked as car wash for those vehicles stuck up on the over bridge below. Anyways, who needed a car wash when whole city was getting awash. However, it did work as a diversion of sorts. Ms.T was stuck up in her plush SUV just below the upper pass. Her eyes were riveted to the road above and she was lost in watching moving traffic.She had already missed a flight to Europe and despite her frustration could do nothing better with scores of vehicles behind and ahead of her.

It was then that there was a loud bang above as if a bomb had exploded. A racing car had lost control (snapped breaks perhaps) and it had struck the bridge side walls breaking it and half emerging out of the bridge threatening to fall below on the vehicles lined up underneath in the snarl. As most watchers were assessing if the car had come out enough to tilt and fall they realized to their horror that due to the impact the car doors had been thrown open and two children of very tender age fell one after another down,fortunately they did not fall down the entire 20 feet or so but were caught in a squat on a pillar ledge that supported the  bridge above. One of them was precariously squatted and could fall in the lashing rain and gusty winds. Or both could contract cold and fatal diseases. Screams and squeals were their natural reactions because they must have been severely hurt in the fall as well. Two adults above (car owners perhaps) had somehow got out of the car and they had blood oozing from many places, were shouting help at peak of their voices. Nobody stopped and no police help was around.

Ms. T had emerged out of her shock and she opened her handset to record a video but largely to transmit it across to her office so that help could be organized by them on priority and not to enjoy or relish the thrills. She left its high end lenses to auto focus and record it all. Suddenly a smallish car stopped near the crashed vehicle and  a single figure came out of it. It was some man who approached the crash scene fast,looked down and assessed the situation. Then to horror of all he undid his jacket and threw it back in his car and he began to move in a descent down to the pillar ledge-some 8-9 feet below. For support to his legs he had a few industrial nails and a few designer tiles that jutted out. Rain was now blinding and winds howled. However, the man continued to descend; on three occasions he almost slipped down to his possible death as watchers shrieked and screamed down below in unison. At last, he reached the ledge and gingerly placing his shoes on a small corner he took out a ranch lasso kind of rope and tied one child firmly and threw the other end up. Two adults standing up gratefully in wait,pulled the child to safety. Second child was also lifted up similarly. Then the unthinkable happened howling winds smashed the front panel glass of the tilted car above and sharp shards of glass fell mercilessly on the rescuing man as he was lifting himself up. Many of shards simply dug in man’s body like knives. Blood oozed out in fountain like formation and reddened the ledge below, as rains worked to paint the supporting pillar in faint red. Yet, the man was soon up on the bridge above and all had awe and wide eyes at the litheness witnessed by them . Watchers saw him exchange only a few words with the two adults above and then he vanished in his car speeding away.

Ms.T was transfixed by the act of this man and she forgot that her infra red and night vision lens was focused on the event and had recorded it all.