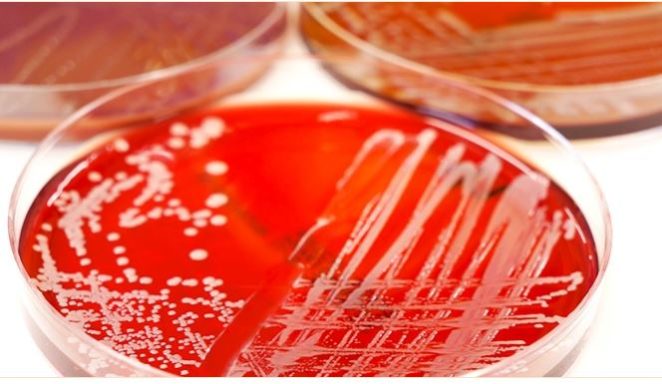 As an ex registered nurse, I have helped to treat about three patients with the “flesh eating disease”. The medical term for this is “necrotizing fasciitis”. It is not the flesh that is being “eaten” but rather the fascia that is underneath the skin. Fascia is the connective tissue, mostly collagen, beneath the skin. The fascia attaches itself to the muscles and other internal organs in order to stabilize them.

Necrotizing fasciitis is a rare disease of the subcutaneous tissus  (and occaionally organs themselves) mostly caused by “Streptococcus” of the group A of bacterias (“Streptococcus pyogenes) but also by other bacterias such as “Vibrio vulnificus”, “Clostridium perfringens” and “Fragilis bacterioids”.

The reason I am writing this post is that there has been (in the US if I remember) a reported case of necrotizing fasciitis due to an insect bite. But usually the disease starts by the bacteria entering through either a wound (whether it be a splinter, a scrape, a cut or abrasion, or post surgery etc.). The bacteria then lodges itself it the fascia that covers the muscles which eventually kills those muscles with the toxins release. The dead tissues then gives the appearance of an “eaten flesh”.

At the beginning of the disease, the symptoms consist of muscular pains, fever, nausea and vomiting, diarrhea and general malaise (just as the beginning of a flu). At the beginning, the onset of localized pain (at the site of the first part of the fascia infected), is disproportional compared to the skin cut or abrasion etc. The disease then progresses and then the tissus start to swell within a few hours. Inflammation signs can develop rapidly such as redness, oedema (swelling) and heat radiating through the skin. The skin near the affected area becomes red, purplish, mottled with extreme swelling and the skin itself shows areas of necrosis. All these symptoms can appear and evolve within anywhere between 12-24 hours.

The diagnosis of “necrotizing fasciitis” can be difficult at first because usually the skin appears to be normal at the beginning. There is no evidence of skin infection. But the bacteria continues to wreck havoc and every seconds counts in the case of “necrotizing fasciitis”. Treatment has to be instituted as soon as possible with massive doses of antibiotics because complications are either invasive, bring on schock or can be deadly.

Because the tissues underneath the skin are being attacked by the toxins of the bacteria, they become necrotic and die. There will probably be surgery to remove the necrotic areas and even amputation of either an arm or a leg, just like the patients that I treated. There is no reversal for necrotic tissu, only debridement can be done or an amputation. Even if the person does not have an amputation, it will probably have to go through skin grafting to replace the tissus that she lost.

As there is already a large percentage of the population who already carry the bacteria responsible for “necrotizing fasciitis” without causing any problem (and also without even knowing it), it is basically impossible to stop the spread of contamination. The only measures of prevention is to clean and disinfect cuts or abrasions (even minor ones) well. If there is redness around the wound and that it is particularly painful, consult a doctor or go to an emergency department right away, take antibiotics if you have been in direct contact with a person who has “necrotizing fasciitis”.

Now, I want to add these words. I wrote this article only for information purposes and this does not replace your doctor’s diagnosis or another health professional.