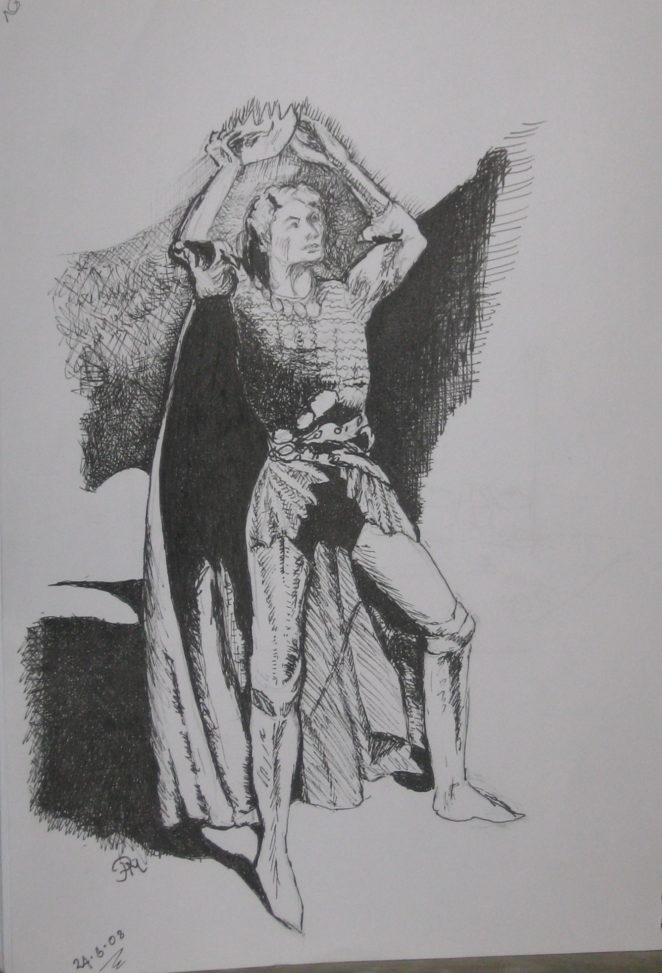 Around the 1st week of June is New Zealand’s Queen’s birthday Weekend. So This Monday it is a National holiday in honour of Queen Elizabeth the 2nd.

Actually her real birthday I believe is in April 21st, but it is kept in June because that is the birthday of King George 5th.

Being so far away from England all the Royal Monarchy are is figure heads, but an impartial figure to offer advice and promotions for people who benefit others in some way. I respect the Royal family, they have a very difficult job to do…..but I am not a fanatic fan..

To most who live here, Queen’s Birthday Weekend, it is just another day off for a holiday in the Weekend. However, when everyone goes away on holiday is is a slow crawl to their holiday destinations and a slow crawl back..

So today we heard a list of people’s names in New Zealand, who had been given knighthoods or made Dames….

My drawing in Pen & Ink , here is of the legendary King Arthur, at least he lived in Britain….