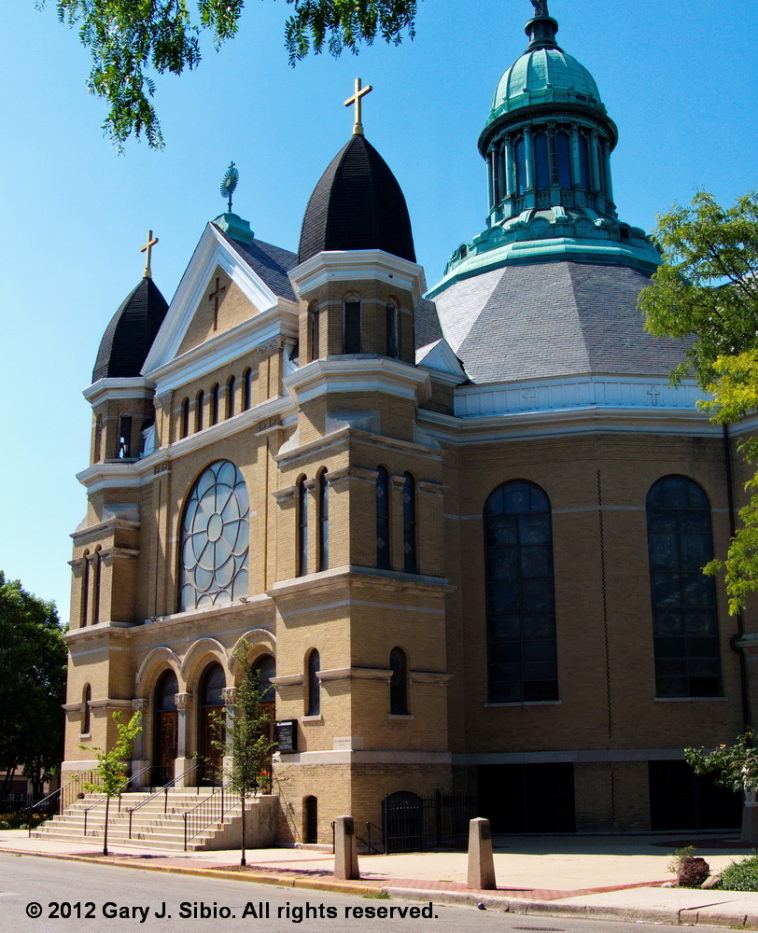 The church is located at 1334 W. Flournoy St., Chicago, Illinois. This is on the Near West Side in an area known as Little Italy. The Romanesque Revival-style church was built between 1889 and 1892 in order to serve Chicago’s French Catholic community, it was built to replace an earlier church which had been built in 1865, before the Great Fire. (The Italians came later.) As the French population declined, the Archdiocese turned over control of the church to the Fathers of the Blessed Sacrament in 1918. In 1926 the church hosted the International Eucharistic Conference. The building was added to the National Registry of Historic Places in 1979.

I used ACDSee Ultimate 8.1 to rotate the image slightly, crop out some extra foreground, adjust the lighting, sharpen, and boos contrast, vibrance and saturation a bit.