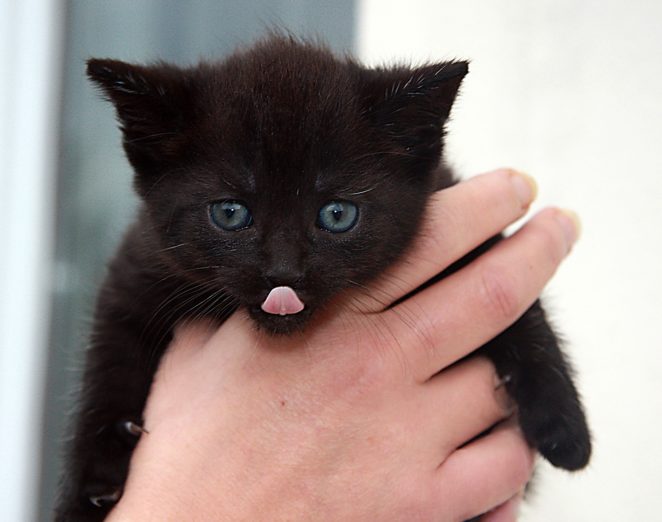 No doubt like me some of you grew up with those old superstitions. You know the ones such as it’s bad luck to walk under a ladder, bad luck to open and umbrella indoors and bad luck when a black cat crosses our path. These are definitely superstitious no doubt about that. Especially the one of the black cat.

The poor black cat because it has been linked to bad luck, Halloween and witches this type of cat has been given a bad rap over the years. I will admit out loud there was a time when I was one of those who didn’t like black cats. But as I got older I saw how silly that superstition was especially when I actually acquired a black cat myself.

There were feral cats in our neighborhood and we took one more or less in that we named Pepper. Unfortunately, Pepper wasn’t fixed and because of this reason, she had two litters of kittens.  One of the kittens in these liters was pure black.  We called the kitten Salem like the cat in the SabrinaTV series.  At one time we weren’t going to keep Salem or his brotherPetey who was gray like his mother.  All I could think about though was if we gave Salem to the Humane Society would anyone adopt him because he was a black cat.  Fortunately, we decided to let Petey and Salem stay with us because Salem was such a sweet nature cat.

But notice I talk of Salem in past tense. This is because one day we went out to the yard and Salem was gone, this time never returning. Because these cats were born in a feral community making them house cats just wasn’t possible, so we took a chance with the cats being outside and the fact that they could leave the yard at any time. We tried to warn Salem not to go too far because we knew there was that stigma out there.  To this day I try not to think about what fate befell this sweet loving cat all because he happened to be a black cat and that superstition never seems to die.