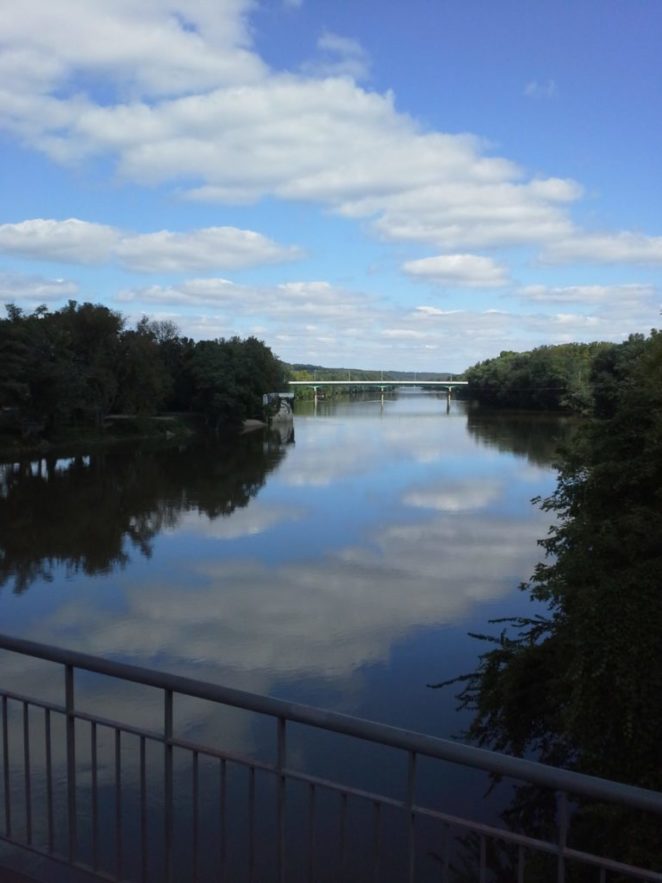 Nicole had moved to Indiana to live with her boyfriend. They had been chatting online and had just met in May for her class reunion. She had enough of living alone and without a job here, and chose to begin her life again somewhere far away.

This guinea pig was living in the area between apartment buildings where she moved to.  It was literally living under the air conditioner unit.  He was rather shy and would not come near me, and I am assuming it’s a he.  It was so cute and adorable. I wanted to take him home with me, but my boyfriend said the cat would eat it and it probably belonged to someone there.

Easter at my mother’s house with my son and daughter.  It was a great day.  All three of us made dinner together and enjoyed spending the day together.  I am in retail, but I get major holidays off work to spend with family and friends.  This was before my daughter moved to Indiana.  She was thinking about it, but had not mentioned anything yet to anyone but her boyfriend.

I don’t know what this is, but thought it was kinda cool looking and stopped to take a shot of it.  We had just brought Nicole her things for her apartment. She had not taken anything with her when she first moved up there.  I did not want her to leave and was really sad until we went to see her.

While they unpacked the truck, we went exploring the town she lived in.  She was only a few miles from Purdue.  I don’t know the name of this river, but it was so pretty.  There is a small village close to the college across from the bridge that can easily walked to.

This was on the bridge of the river near Purdue.  They were living close to the college and we had nothing better to do than see where she was now living.  It is a great place if you have a car to get around in, but they did not have that luxury back then.

A funny frog sitting behind a building we were looking at.  It was like a museum and very cool.  It has wheels, so I am assuming it was some sort of marketing tool for the store.  It certainly is funny looking, yet adorable too.

It looked like an operational gas station, but I think it was abandoned.  It was not open regardless.  We found the frog behind this building.  It reminded me of the old gas stations of the seventies. A nice young man to come and offer a fill and to check the engine would not have been surprising at all.  Clean the windshield, check the oil all while the gas is being pumped into the car.

A museum could not have had better displays than this old gas station.  Every little thing seems like it has been frozen in time.  Held in a place that history and time cannot erase or touch at all.

Totally cool and awesome!  We hoped that somewhere it would say anything about it being open at all or was this a Sunday closing thing?

The beginning is near the end.  The little fella at the start of this lives here, under the air conditioner unit.  It turns out that he had no owner and was taken to animal control.  Had I known that I would have taken him home with us, we drove the car back home since we pulled up with us in the U-Haul truck.  There wold have been no problems at all really.  He could have lived at my mother’s house and been very happy.

Although I was sad to leave my daughter up there, we had to return home back to work and every day life.  She did very well on her own for a very long time.  I was so proud of her, she moved up there not really knowing her boyfriend.  She had no friends or family close to her and she walked the new life fearlessly.