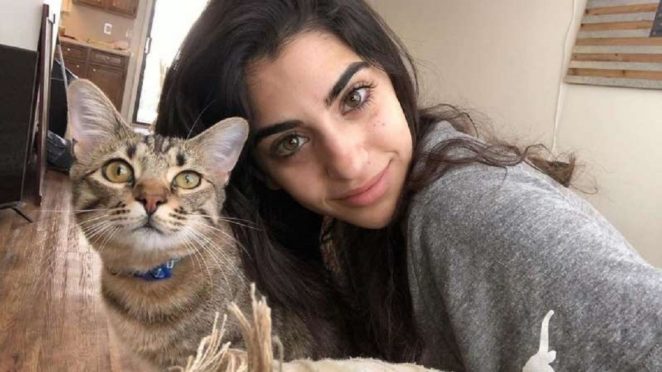 Who says that a cat who gets adopted by a loving person will never repay that kind deed down the line? The story is that college student Gabby Tropea adopted a male cat named Boko about a year ago after the cat was living on the streets in Texas.

Recently Gabby had to take her sister Isabelle to school when Gabby for some unknown reason forgot to take her house keys with her when she left her campus home.

When Gabby returned to her campus home, to her chagrin she realized that she could not get inside her home. Not to mention her anxiety level must have reached a high fever since she realized that her cat Boko was inside the home.

Gabby was fearful that she could not enter her home soon, her cat would pass away from dehydration and hunger.

Boko was able to life the wooden stick up from the ground on the bottom of the patio door so his owner could come safe and sound at last.

Now I know Gabby will be second guessed why did she not use her cell phone to ask for help when the incident happened?

One thing is for sure. Boku the cat is not only a hero. He is a very clever cat who repaid his owner for adopting him about one year ago as his way to tell his best friend “Thank you for taking care of me.”