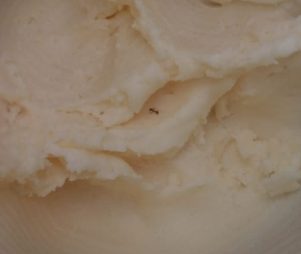 The perception of heaven can be a lot of different places and perceptions to as many creatures big and small roaming the earth. Even humans have varying perceptions of heaven. I once met a man who said that heaven is a state of mind and then he went on to elaborate, that a state of nirvana, (heaven) can only exist when we as humans rigorously pursue and perform A.R.K. as in Acts of Random Kindness unto one another, in so far as is humanly possible.

When God’s chosen flock, Israel, left Egypt, on what was supposed to be a three day journey to Canaan, they ended up spending 40 years on the 3 day foot march. While they were there, they were to Awaken at daybreak and gather up manna, (bread from heaven) but only sufficient for one day. Evidently, their disobedience in collecting the manna led to them remaining in a kind of state limbo for up to 40 years.

That stranger’s interpretation went, something like this. Egypt, is not that region on the northern shores of Africa, but the selfish, greedy and slothful state of man. The decision to leave that carnal state of mind, is always, God inspired, who visits us in the form of our conscience, dreams, visions and prophecies,(Job 33) The desert journey is the transition from greed and vanity  to the land Canaan, (heavenly state of mind) (Let your daily walk be in heaven) it is supposed to take only 3 days, or three steps, the three days being, firstly the dying off of those sinful acts, then burying them, never to re-appear again, and the resurrection of Jesus Christ, the son of kind deeds, in place of that old self of greed, egoism and selfishness. Unfortunately, it took Israel 40 years, how long will it take you and I?

The creature above craves sweetness above anything else, it was found crawling around in a wonderful heavenly landscape of vanilla cake frosting this morning. Do you see him?