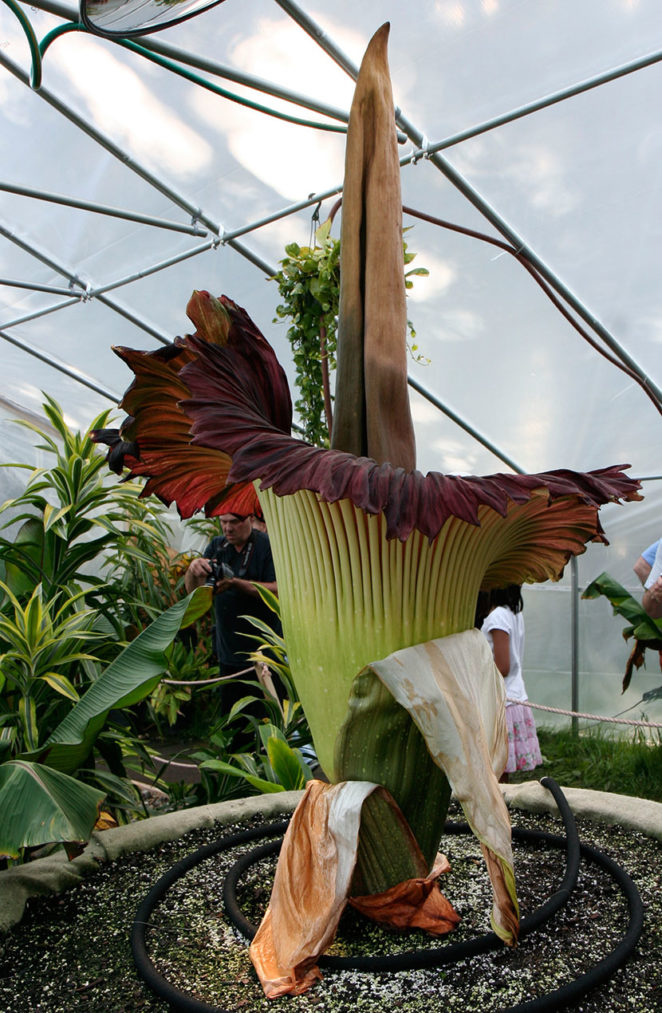 This extraordinary flower is also the largest flower in the world. It’s a line and it’s hard to find it. The habitat of this plant are rainforests of Sumatra Island and Indonesia. The flower emits an unpleasant odor and can grow up to 2 meter and weigh up to 13 kilograms. Titan Arum originates from the jungle in Sumatra. It is not only the largest flower in the world, but also the most inflexible – the plant spreads the scent that resembles the smell of meat that began to rot. For the growth and opening of flowers, plants need several years.After flowering, a leaf grows from the underground tree. From the list later, nothing else, smaller leaves. Each year, the main list dies, and the new one changes him the following.The entire cycle is repeated until the underground tree receives enough energy for the new flower. Otherwise, the underground structure of the plant is also the largest of its kind in the world, and it is usually about 50 kilograms, but in 2006, a underground tree weighed 117 kilograms in a botanical garden in Bonn. In 2011, the last time in Basel blossomed titanium arum in Europe, causing great attention on the continent – a visit of as many as 25,000 people.