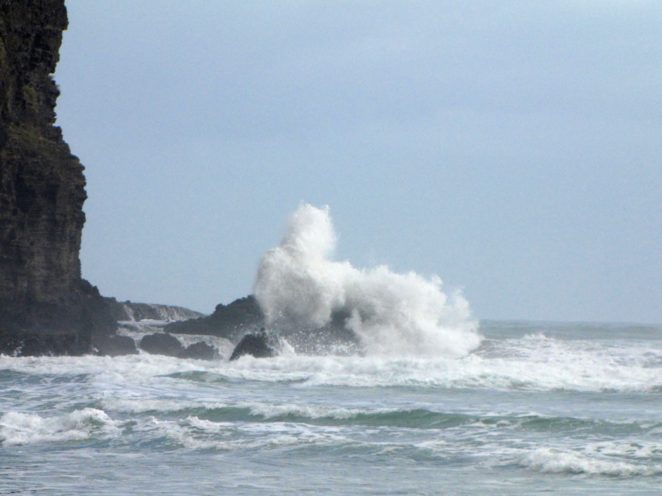 This is a giant wave, not quite what it seems on this photo. Larger than an entire house.

You won’t stand a chance standing on this rock by Lion Rock at Piha unless you cling to the rocks and its quite a forceful wave that crashes on it.

The Tasman sea is a treacherous sea between New Zealand and Australia. Some people by some miracle have rowed the distance between, surviving it is a miracle of itself.

I am always fascinated by water and the surf of New Zealand beaches are no exception.

On the other side of the Tasman Sea, Australia has a different type of beach but also very beautiful beaches. The sand of Tasmania or even Sydney beaches are amazing in colour and texture.

New Zealand more temperate in climate with few living dangerous animals ..while on the other side, Australia has the most poisonous and venomous spiders snakes and other creatures…

Yet, New Zealand and Australia are neighbours and hopefully when a crisis comes we will be there in times of need for each other.