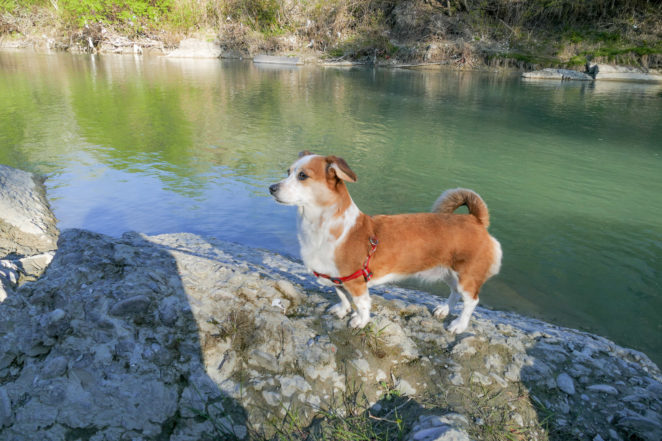 Dogs are fantastic animals, of a rare intelligence in the animal kingdom, which makes them loyal partners for the humans. They accompany us everywhere without asking too much in return. However, we do not know too much about dogs.Here are a few things I learned about dogs observing Maya:1. Dreaming just like people. You have certainly noticed how your dog moves his eyelids and his lice while he is asleep. Well, then it’s in the process of dreaming!2. Eat both meat and vegetable, so dogs can be considered omnivorous3. They have a very developed smell. The area in the brain responsible for the smell is 40 times bigger than the human.4. When they are sleeping, dogs cover their nose with the tail to warm it in the cold season.5. They have very well developed hearing6. Fears of loud noises like fireworks and thunderA less known thing I’ve learned since Maya lives in my house is that dog’s nose is the equivalent of human fingerprints – Every nose is unique, there are no two identical.Surely there are many more exciting and interesting things about the canine world, but the rest will let you discover them at your companion.?

This is a picture I have taken during my walk on the Ialomita Valley. Maya loves to sit on these stones but never wants to swim!